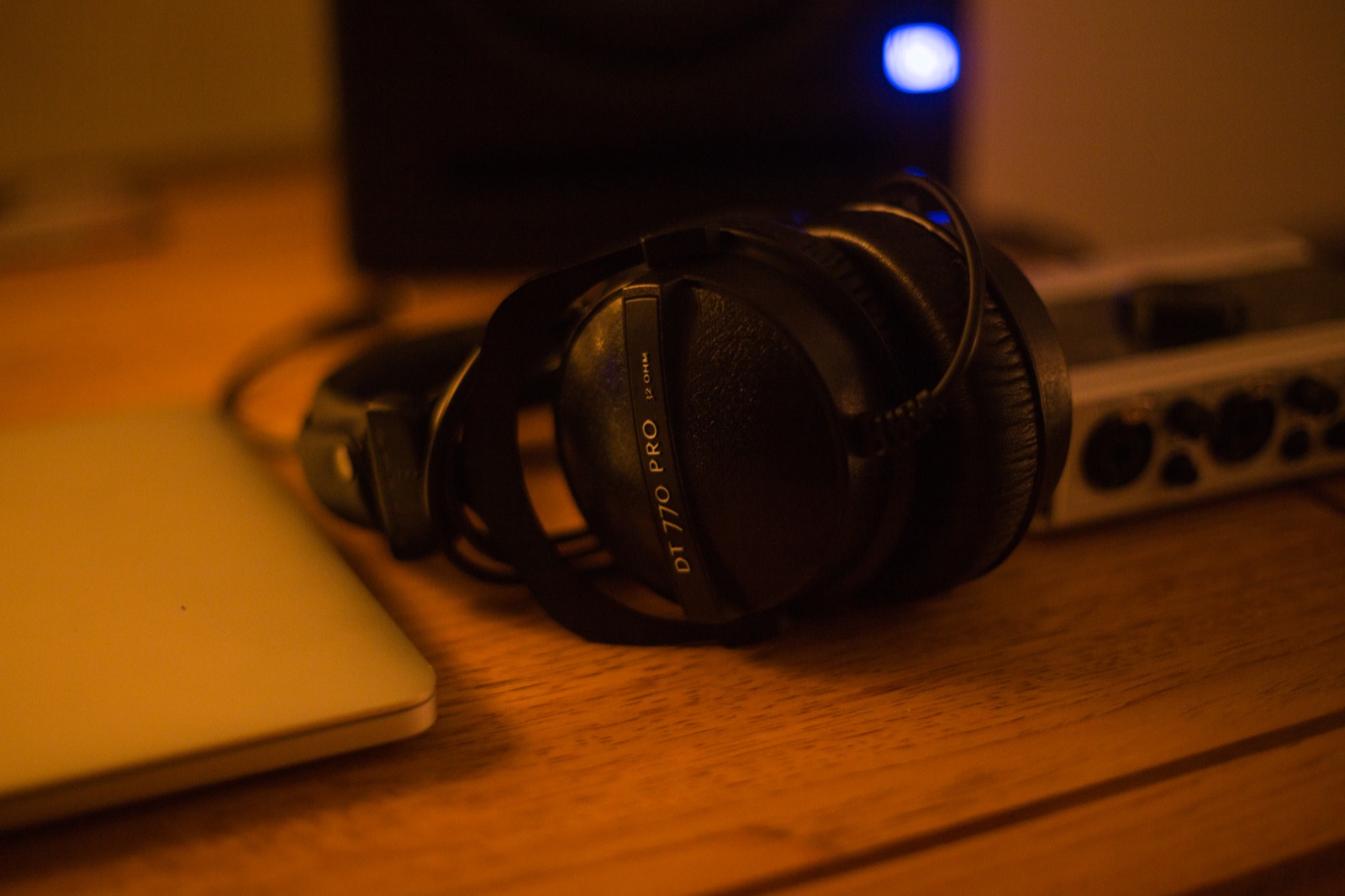 Back in February, I bought some new over-ear headphones. I researched a bunch of models, as hipster bloggers do, and found the Beyerdynamic DT 770's alluring, as most hipster bloggers don't. I then ordered said headphones on Amazon.com during a quick price drop to a cool $160. Despite this being twice the latter, stereotypical studio option (Sony MDR-7506's), I maintained my dignity — which most usually equals the high or low status of my bank account following such affairs. Two days later, I received them. Now five months later, I'm trying to sell them. Using, of course, Amazon.com, because irony derides me.

Before selling them, I thought it would be proper to record some brief thoughts on what features were good enough to keep the Beyerdynamics for five months, and eventually so terrible I had to release them from my ownership. To that end, I am here in Byword once again. Not wearing the headphones, for reasons of bias.

At first, I enjoyed the DT 770's more than any other headphones I had owned (aside from the use of two y's in the manufacturer's name). They sounded unlike anything else I had listened to, and that was enough for the first month of listening. Then, in mid-March, I found that the headphones started to slip off my right ear. I wondered if my ear had deformed in some way. I flipped the headphones around and concluded that the ear pad had stretched outward. That was fast.

After two more months of use, I had grown to accept the inflating ear pad, but then another peculiarity developed: Buzzing in the left driver. I listened to some different songs and concluded it was not noticeable enough to complain about. As things progressed, I also noticed that the right side was quieter than the left. I currently think it's because of the wear on the ear pad, which leads to less of a seal.

A month after that, I began noticing the buzzing a bit more. It didn't sound like the drivers had blown, just that the tweeters were overloading. (This observation occurred during a specific combination of high-mid and high frequencies in some songs. I'm obviously not a headphone engineer.) I didn't really know what to do, so I told myself I would call support when I had a chance.

This month, I had a chance. I emailed them and they set me up with a repair ticket. I mailed the item in and received the repaired version yesterday. The invoice said they replaced the right driver twice and the end system check was OK. My system check wasn't. Things still buzzed and the right side felt even less secure on my ear than before. What on earth happened? Well, I don't know. Support was pretty awesome. They got things done quickly, and they were nice about it. They didn't fix the issue though, which makes me weary.

So that's where I am now. The DT 770's sounded amazing when I got them, but have slowly degraded into something ... jumbled and time-consuming. They also don't feel comfortable on my head anymore. They feel too bulky when I haven't worn them for a day or two. I want something a bit more hoodie, not leather jacket. Next up I'll be trying the MDR-7506's. They too have a flat response and closed back, but don't include a #000000 heater and gargantuan ear pads. Alternatively, I could buy 250 ohm headphones, as audiophiles do, and a digital audio converter, as persons with low dignity do not.