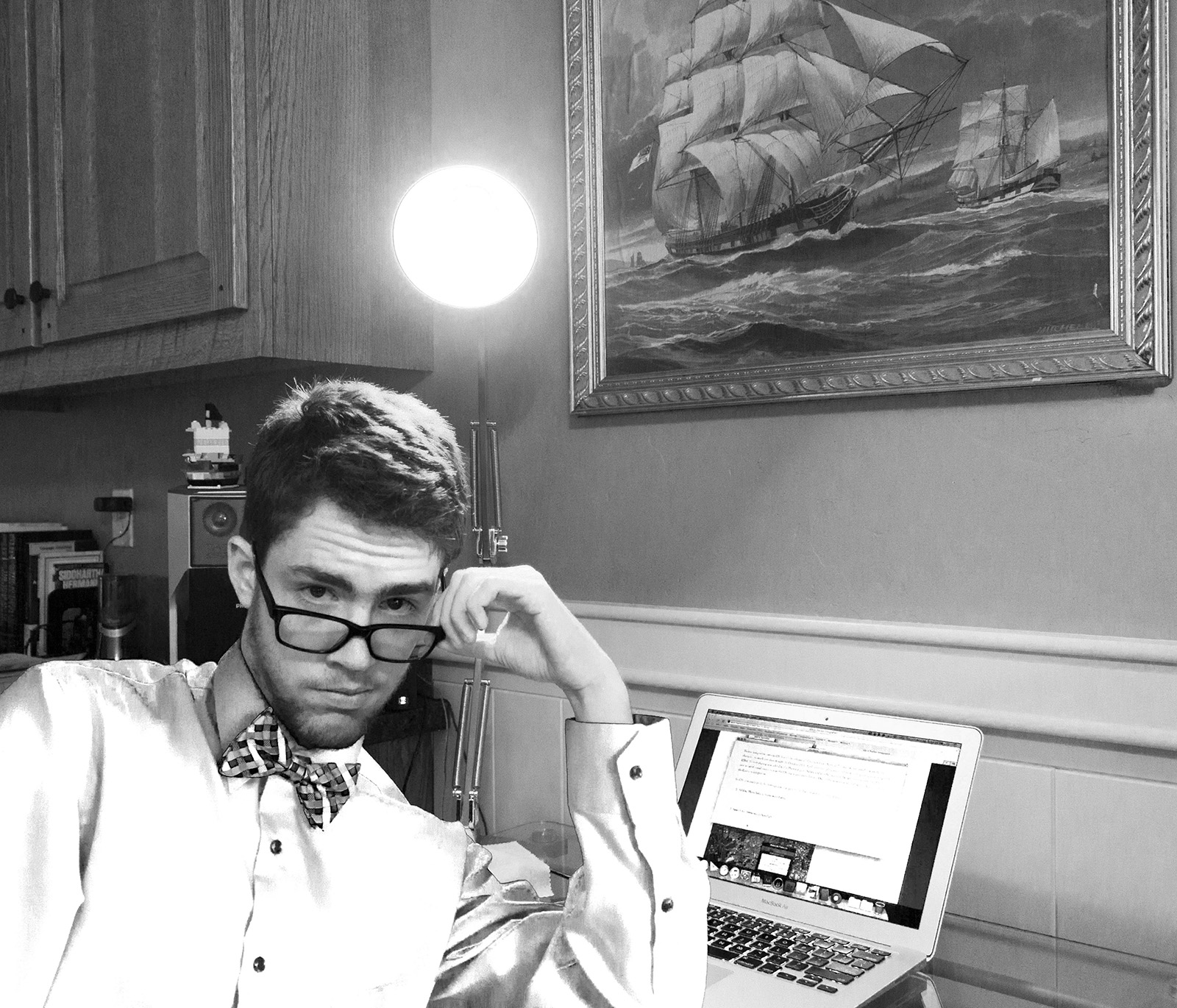 "An autobiography is like a book. I'm not reading a book about some [cool] guy," you say to yourself.

Okay. Briefly, then: I'm that guy who has no subwoofer in his car and constantly pulls up to a stop sign blasting "Define Dancing" in hopes of convincing people that soundtracks are cool. I like Pixar, not Pixies; I listen to music you'd probably associate with one of those indie films; I drive a Volvo V50 with stickers from indie designers on it; I wear clear-rimmed glasses like all the hipsters you know; I read Blue Like Jazz and Walden on Wheels more than once; I'm constantly searching for God in everything and everyone; I love staring at people in coffee shops; and talking to them too; I've seen every episode of How I Met Your Mother four times; and I'm kinda introverty, kinda not. 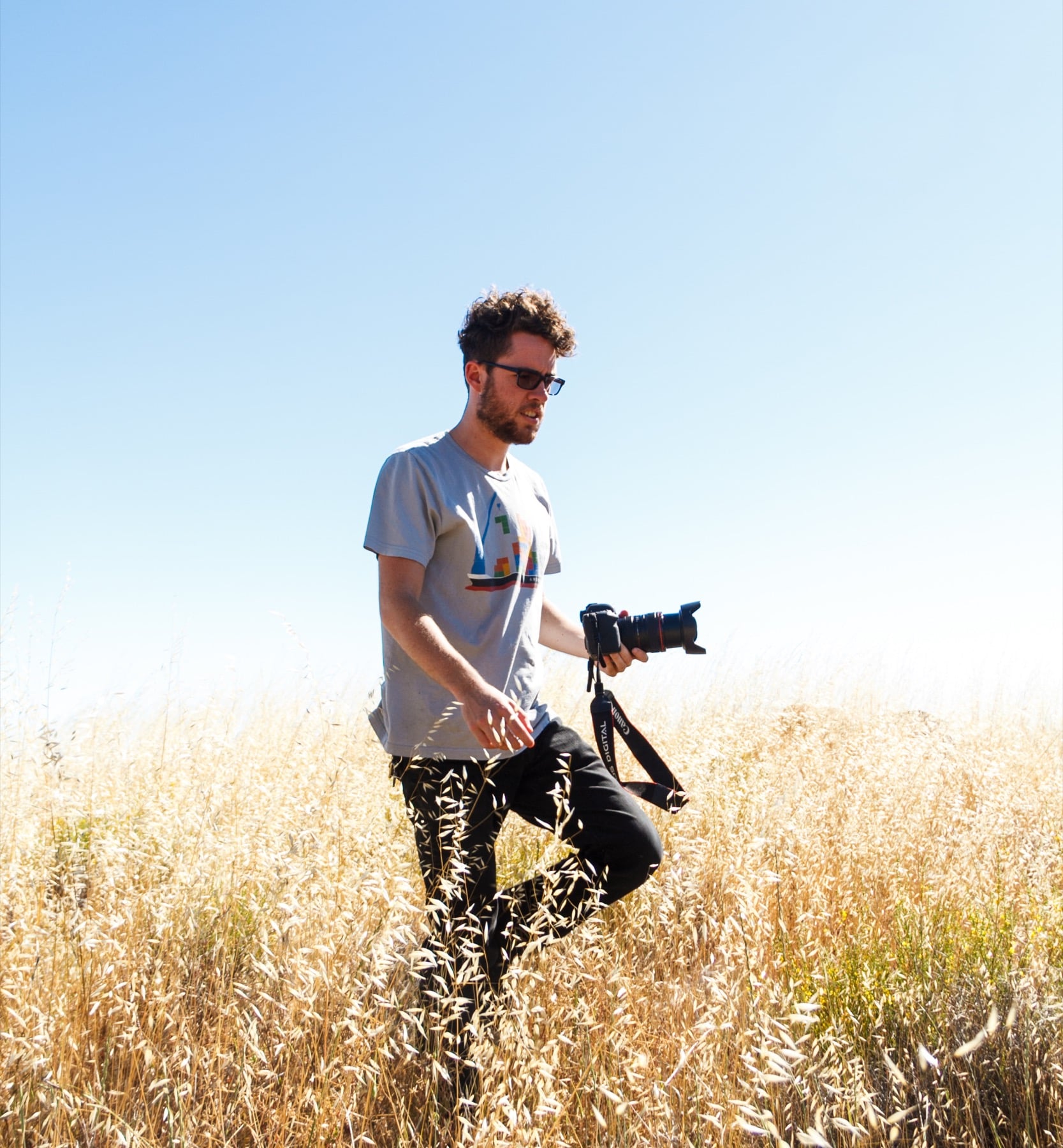 Okay now my favorite part — the depth. Where to begin. That's a nice cliché, isn't it? Now, as the reader, you get an idea of who I am, simply based on my choice of words there. Maybe I don't like clichés, you might think. (You're right.) I do love writing, though, and they're bound to pop up here and there.

I'm writing this "autobiography", of sorts, because I want more people on the Internet to have an idea of who I am, not just what I do. Before I dive in, I'm the sort of person who doesn't like talking about himself, so this may be difficult. When I wrote my LinkedIn profile and the About Jacob section of this blog, it was for humorous effect more than anything. Still, everything there is true, I just didn't give much detail about my life. 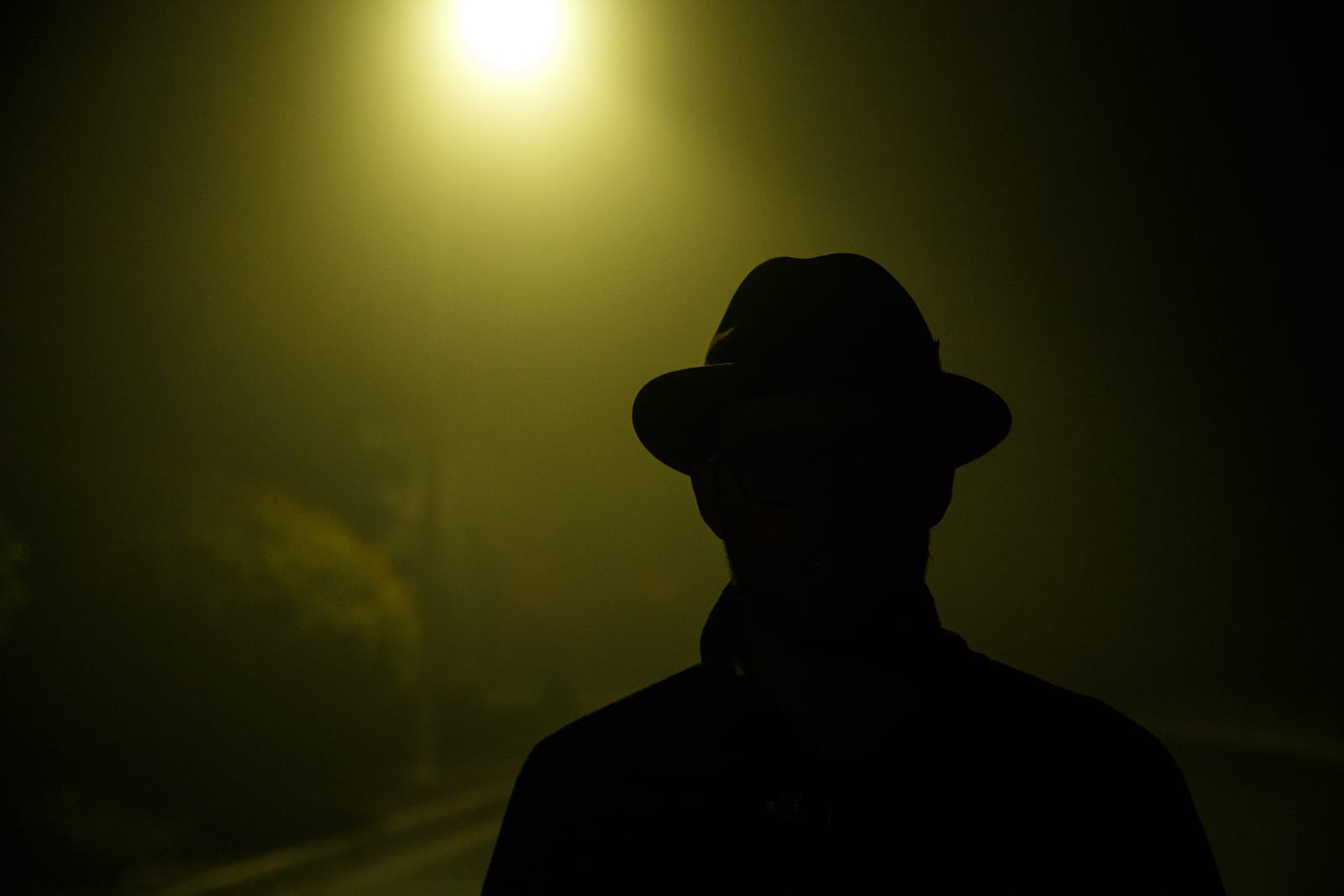 I consider myself an introvert because I don't like large groups of people and avoid parties. They're awkward. The interaction is always forced and I prefer personal connection over mass insanity. But I'm also a Type 3, which means I like to win people over. So I'm torn.

In this paragraph, I planned to write my definition of life, but it's not really coming to mind right now so I'll move to the next order of business: love. I've made it a primary goal in my life to love people, no matter who they are. This desire comes from knowing how terrible it feels to not be loved by someone (more on this later). If you're interested in chatting and you walk into my coffee shop, or likely someone else's, be prepared for engaging discussions of Alan Watts. 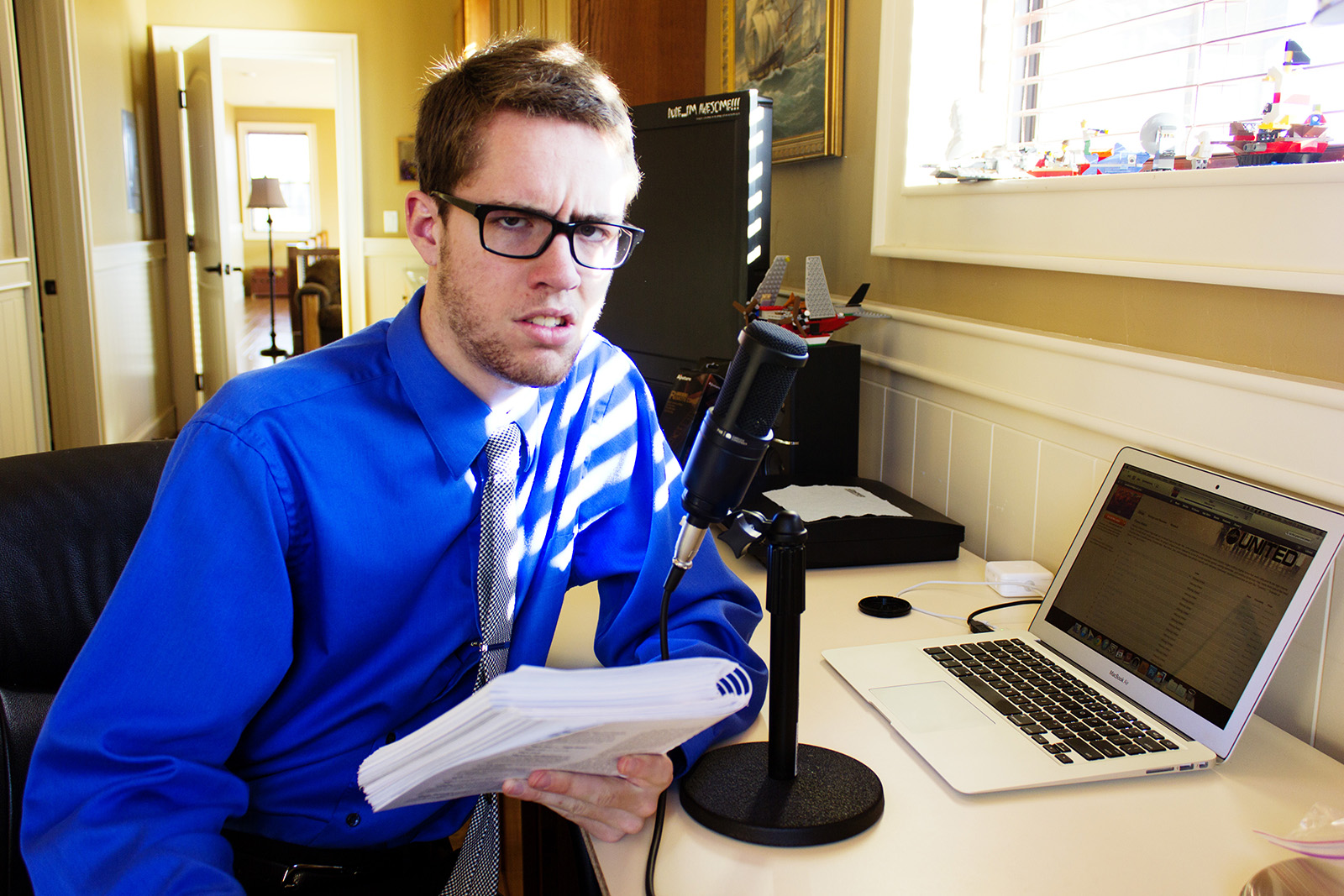 Now what? Ah yes: Sports. That's random, I know. For those sport-lovers who are reading this and want to be my friend, you'll be disappointed in knowing that I've never favored any such "activity". The only thing I really like is golf, but I don't play it often due to a lack of fine hats. Buy me a fine hat and you can most definitely be my friend. Other sports dull me. I would rather be having a conversation with someone — or even just myself. 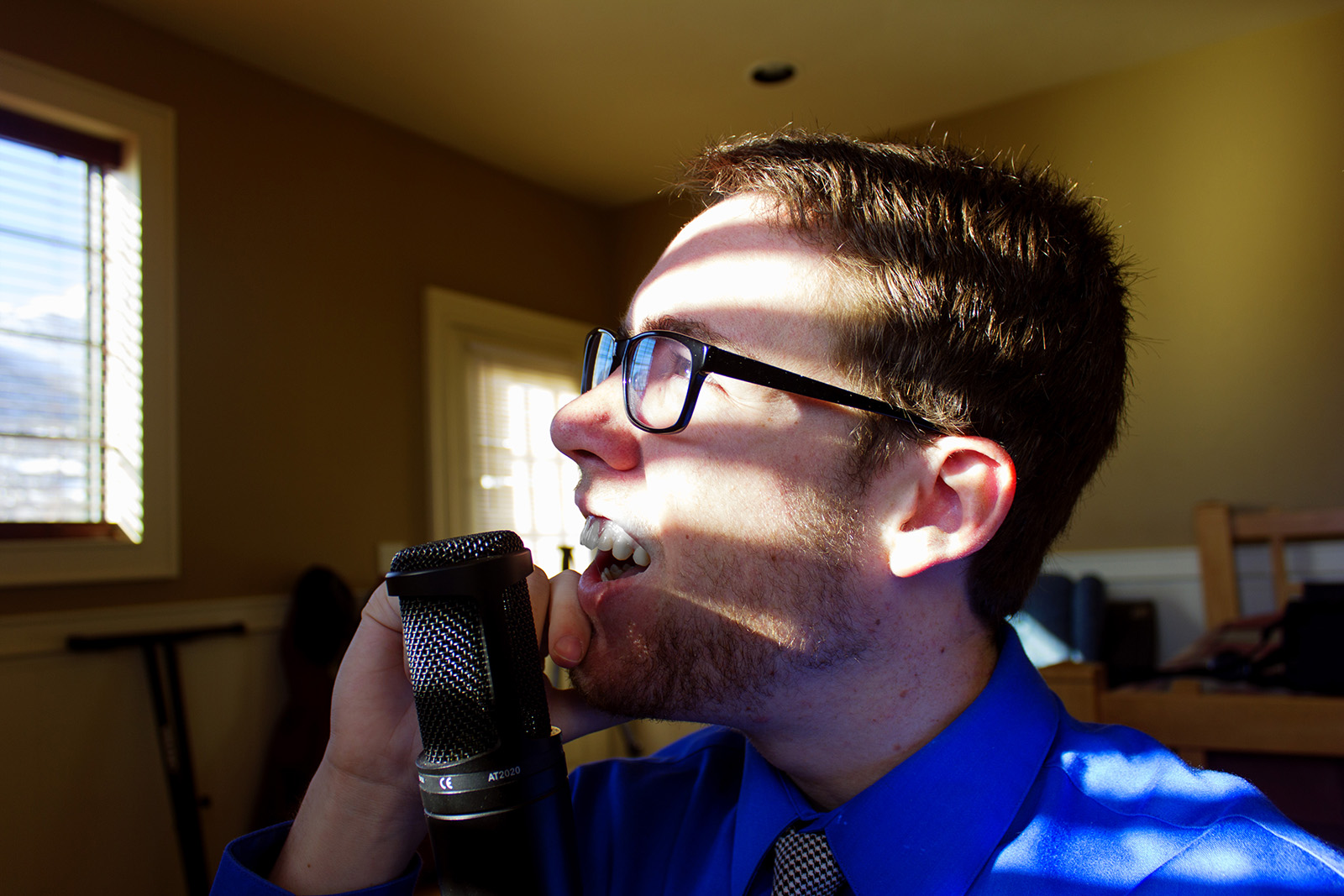 Speaking of interesting conversations, that's my favorite pasttime. I absolutely love having intellectual conversations with anyone. Walking through downtown Santa Barbara in college and chatting up the traveling poet or "another homeless person" brought joy to my heart. And the two years following college, I spent months in 18 countries doing the same thing. Random humans have a lot of perspective to give, and I never want to feel like I'm beyond them, or as if there's some sort of social hierarchy. (Apparently there is, but I don't really care.) 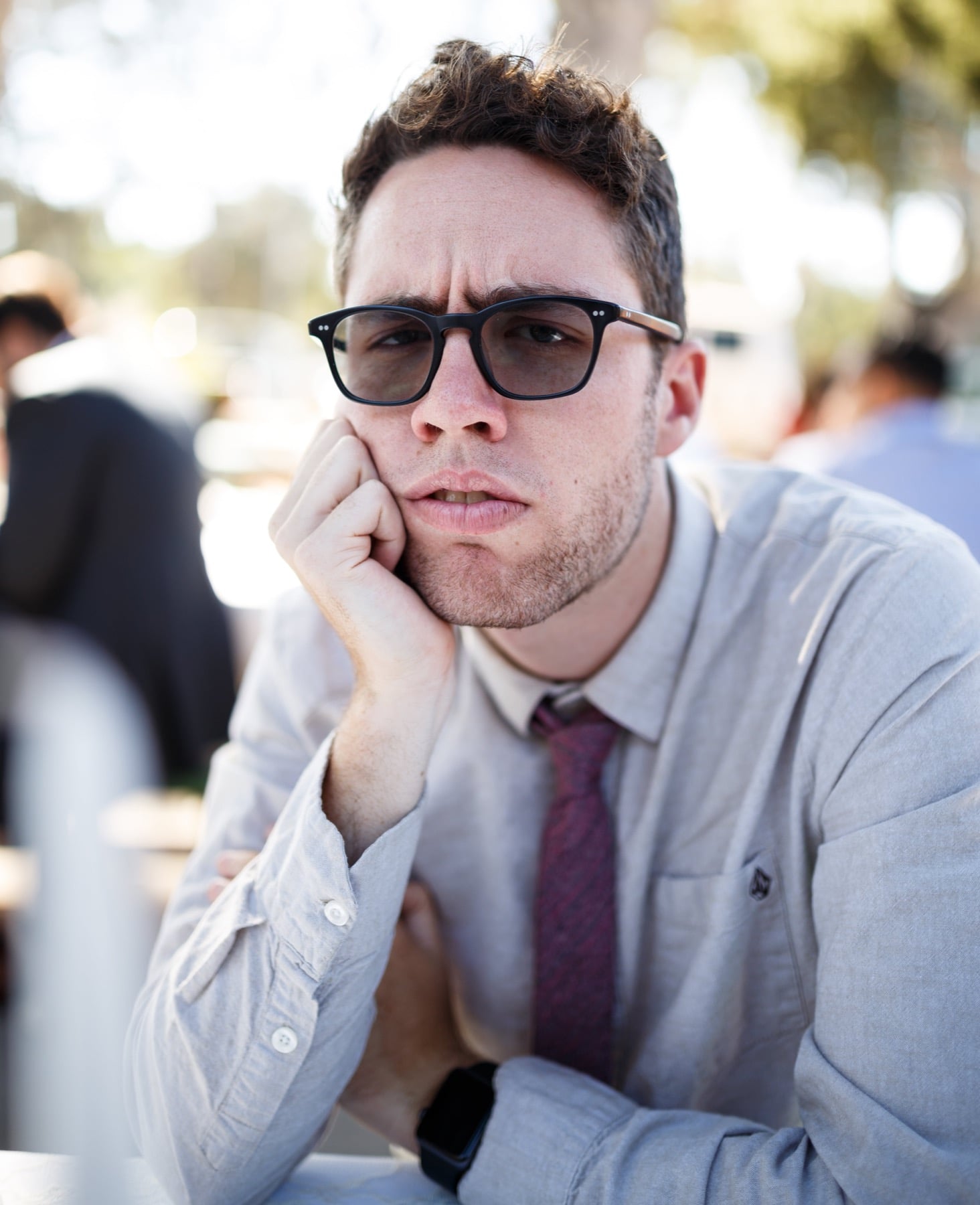 So far this is a bit scattered, methinks. Aside from loving people and making them feel valued, I treasure the following things: Honoring leaders, whether I'm getting paid or simply helping out; always being honest with someone about how I feel; listening to music that's only 256 Kbps or higher quality; and living the life God gave me (i.e. being myself and saying "id est" in casual conversation). That last one is very difficult, I must admit. When I feel like I've triumphed over it, I find another area that I'm struggling.

In the media area, I love absurd romantic films. My favorite is Midnight in Paris, mainly because of where I was in life when I first watched it. Chef is good too, though it's a later stage of life. I also love the way songs like "Needle and Haystack Life" by Switchfoot, "Midnight" by Coldplay, and "The Mother We Share" by CHVRCHES make me feel. I often combine the feeling with looking at photos if Iceland and watching The Secret Life of Walter Mitty with hot chocolate in the winter as the snow falls. Just picture that. Okay now stop. That's my life. Live your own. 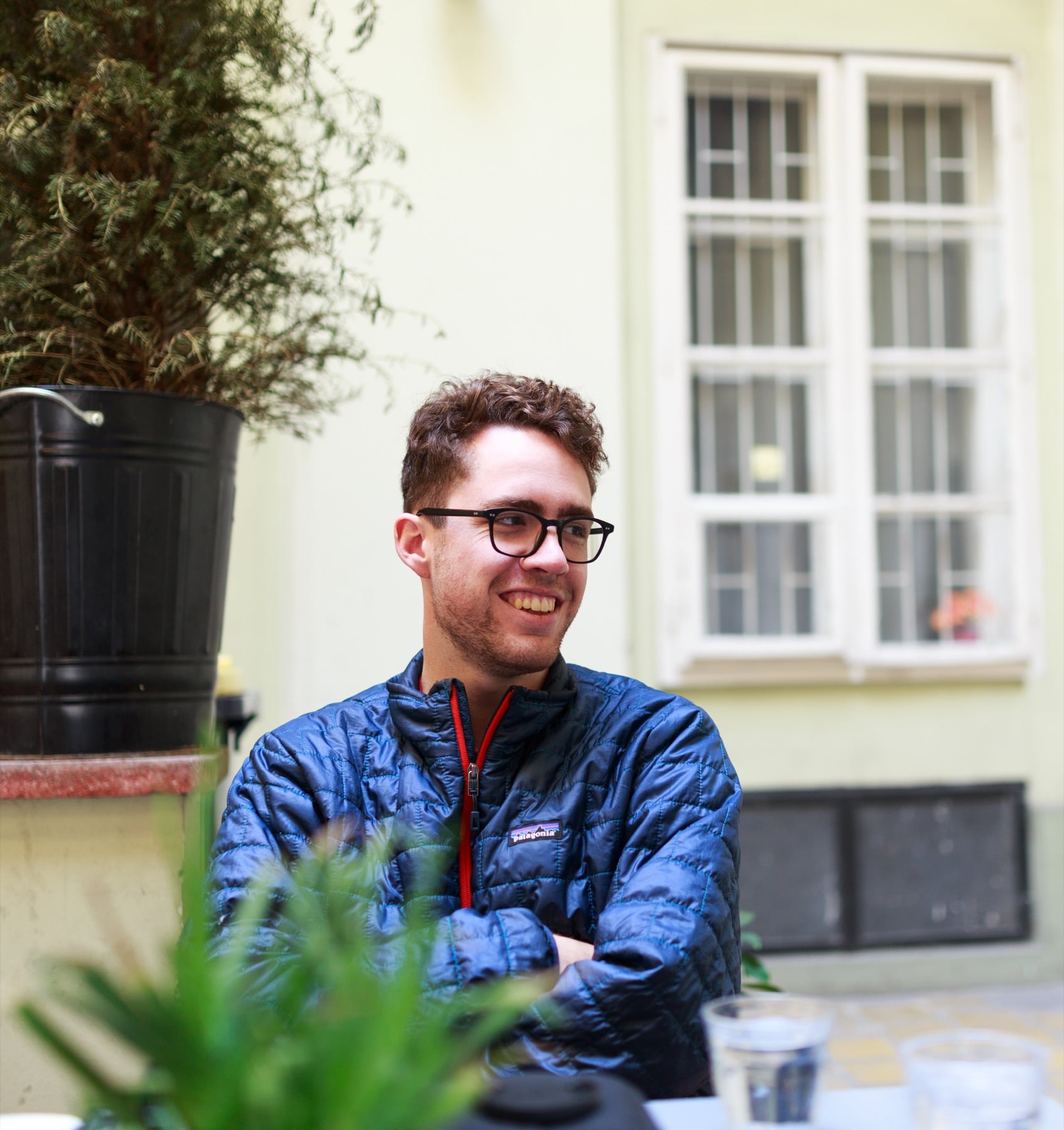 I also love the ocean and dream of moving to Scotland one day. I want to live in a small cabin like Henry David Thoreau apparently did (I still haven't read Walden and I'm under the impression he didn't live in Scotland).

Wrapping up, what on earth do I do? Right now I'm going to Santa Barbara City College. Hopefully I'll get an English degree somewhere so my parents are happy with me and I know more about all of life. In the meantime, I'm always writing, reading, listening, learning, indulging in silence, and, of course, photographing. Those are my top passions. Another hobby of mine is jumping on any opportunity when I see one. They say it only happens in the movies, but I work to prove them wrong. Who says we can't live such audacious and whimsical lives? (Actually, there was this one time an authority-figure said otherwise. Ask me about it over coffee, though, becasuse it's a long convuluted story.) 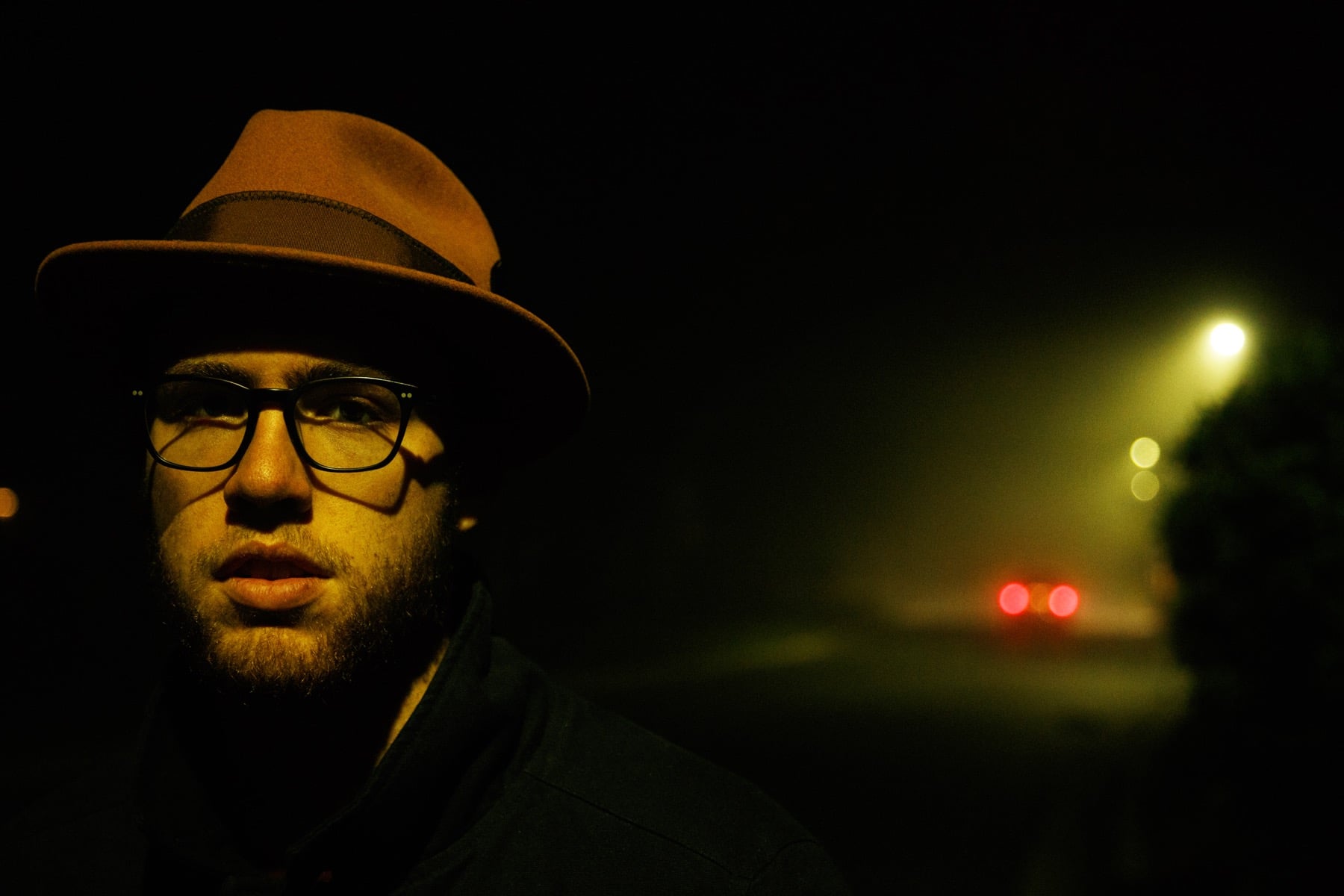 Okay so what's wrong with me? Many things. First, the fact that I had to list them in this post. Second, I struggle with the idea that I'm not perfect. Every single day. I have a hard time doing things because I weigh every outcome I can see. I like sugar a bit more than I should. I look at girls as they pass by. I sometimes don't think before I say things. I love to compare myself and others to other things I see as a standard. In essence, I'm growing. What'd you expect from a 20-something? I hope you identify with a bit of this.

So that's a bit about me. I think it's boring because I've lived with it for a while; also I don't like writing about myself. Maybe you thought it was cool, maybe you love me, maybe you'd like to take my dog out for coffee and meet all my aunts from Netherlands. I'll have an agent for that one day. For now, come say hi. I'll be in Isla Vista. I'm the guy without the beer in his hand.

All the photos in this article were taken by me at some point in time. There's no need to remind me how silly they are — I was mostly shooting for satire.