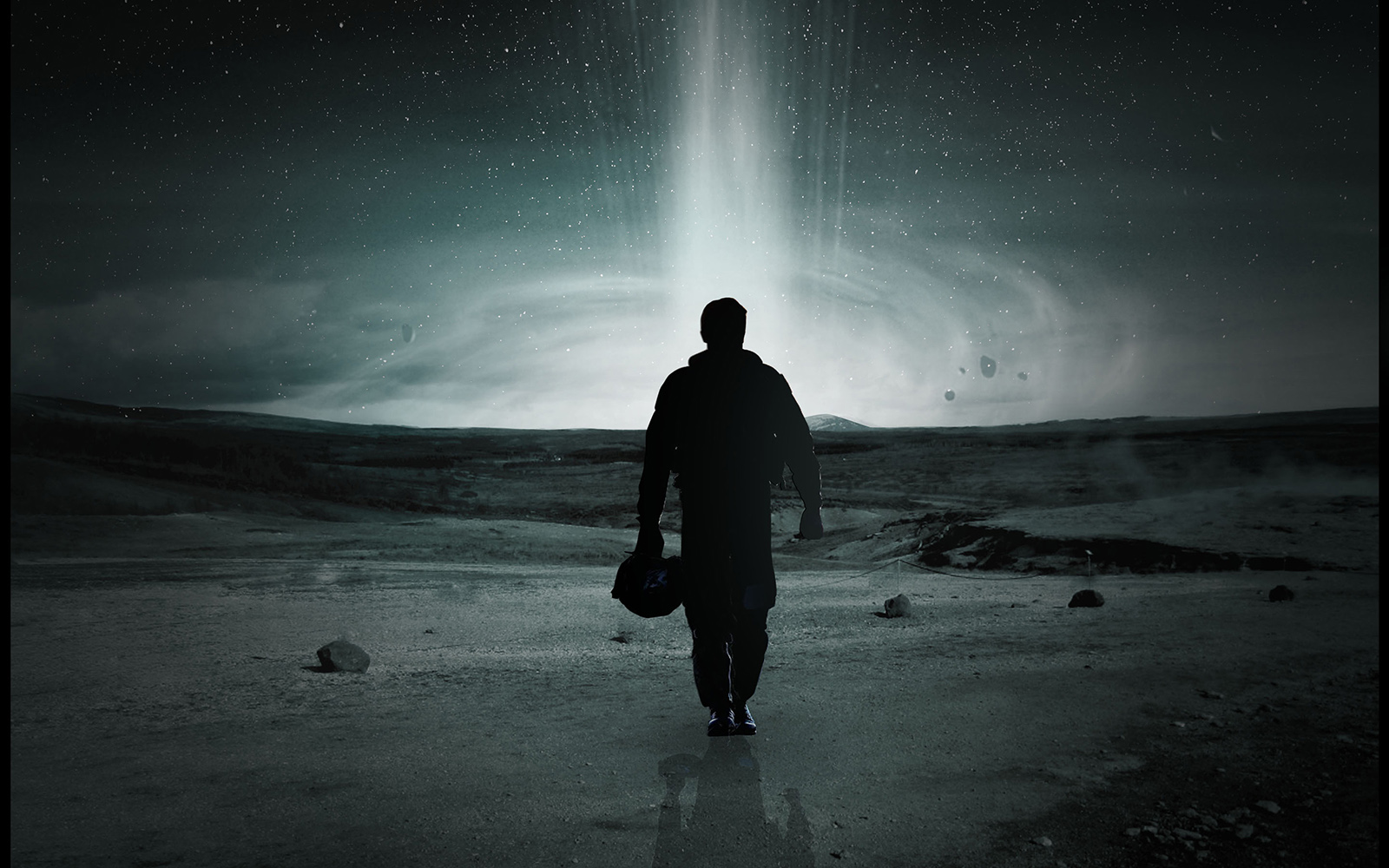 Since the day I heard about it, I was waiting for Christopher Nolan's new film, Interstellar, a story with science based on some of Kip Thorne's work. Now here are my thoughts on it.

First, the soundtrack. It's unexpectedly different. I say that because some of the critic reviews of the film were unhappy that Hans Zimmer did the soundtrack. I expected his usual style. But this, while maintaining his signature guitar and piano elements, was much more Trent Reznor-esque. I really liked that. It gave the film a different tone. It sounded like Inception's soundtrack without the pervasive big swells — just "Time" and "Half-Remembered Dream" playing the whole time.

Aside from setting good mood, the music isn't that noticeable. It's too loud in areas, but I think that's to display the theme that Zimmer created for the film. As usual, it's only a couple of notes, but was still stuck inside my head while cooking dinner a few hours later. Not as memorable and haunting as "Time", but perfect for the emotion behind the scenes in Interstellar and not intrusive like the rest of Inception's soundtrack.

Speaking of the emotion, I was expecting the story and scenery to be a lot more powerful in the beginning of the film, but it isn't. It's just a bunch of dust storms and corn fields. I didn't feel like the story actually began until the expedition did. I also expected that to happen sooner. Still, I was so interested in what was going on that I didn't check to check the running time at that point, or at all for that matter. I did feel it start to drag on in areas, but there was a lot of ground to cover in the story. Years. Think black hole. Yeah. It may have started slow, but once Nolan brought in more scientific theory, the complexity was enveloping.

At just short of three hours, it's easy for anyone who hasn't seen Interstellar to believe it's engaging throughout. I thought of it as a true epic. Unfortunately, I'll reiterate a common bit of the discussion: This is Nolan's Space Odyssey. To be fair, while I found Kubrick's "masterpiece" utterly mundane, Nolan puts art aside for a humor level of 70 percent and a honestly level of 90 percent. I respect that. I also respect the stunning scenery, even if it is a bit more sparse than I expected. I'm sure the IMAX experience is amazing, but I wasn't able to make it to that screening and things weren't as visually awing as IMAX merits. There were some beautiful scenes, but they didn't seem like the backbone of the film, and that's a good thing if you ask me.

As for the backbone ... well, I don't really know what it is. There's no focus on a particular element of the film. McConaughey's acting is outstanding, but so was the story once it picked up. (Yes, there's a pattern with my thoughts on the story. I think it was paced too slowly. I think the backstory was overdeveloped. That could have been so I could get to know the characters and feel greatly for their gain and loss, and I did, but I'm not sure the prolonged development was necessary.)

As for replay value, I may go see this again at the cinema. It's not as high-ranking as Dead Poets Society or Good Will Hunting in terms of replay value, but there are always little things scribbled on the blackboards that you end up missing. However, with the slow pacing, I doubt there's anything consequential to the story I skipped over. The main thing I enjoyed in this film is some of the theories, and they are very underexplored. I would have loved to hear more about [these things that I simply can't spoil as they are a key element of the story]. Additionally, the ending made me think there will be a sequel. I hope not though. While dimensions are interesting, this film already does its best in terms of those — and it's still a disappointment.

Subjectively, I like Interstellar because it isn't particularly good at any one thing, but when everything is combined, it's breathtaking. Yes, the story is slow. Yes, the humor is eventually redundant and unnecessary. And yes, it is reminiscent of A Space Odyssey. But it isn't A Space Odyssey. It's a visual spectacle when it needs to be, and the story takes a few unexpected turns halfway through. Nothing as drastic as Gone Girl or even Inception, but enough to save the story element and allow it to contribute to the film as a whole.

Objectively, Interstellar is a massive emotional journey. It isn't Nolan's best work — The Prestige is far more genius, Batman Begins exciting, and Inception thrilling. It isn't an Oscar winner. It isn't perfect. Sometimes imperfection can be a quality, but in this case it's unnecessary. Science fiction is something that can be refined because it's the writer's bendable universe. Nolan of all people should remember this, despite the scientific theory involved. Unfortunately, he sticks with his style and the end result, while being an emotional journey for some, is nothing more than an average story in a sea of fantasticality.