Apple's Podcasts app has been an inconsistent experience for me. I praised the iPad app when it first released, but quickly grew to detest it. Then I switched to Instacast early this year and was using that until its sync service started getting buggy. Hearing that Podcasts had improved, I switched back in hopes that iTunes would make a good all-in-one tool for my audio needs. After using these for the past month or so, I've been disappointed yet again by the impaired syncing abilities.

In all this time I've received multiple recommendations for Castro, a small iPhone podcast app without sync. After being let down by Instacast, which was apparently the best third-party tool for the job, I was hesitant about an app with a greener version of Instacast's icon. Instead, Network came across my desk a few months back. It's slightly cheaper than Castro and has just the right interface for someone to only cares about listening to podcasts, not managing them. 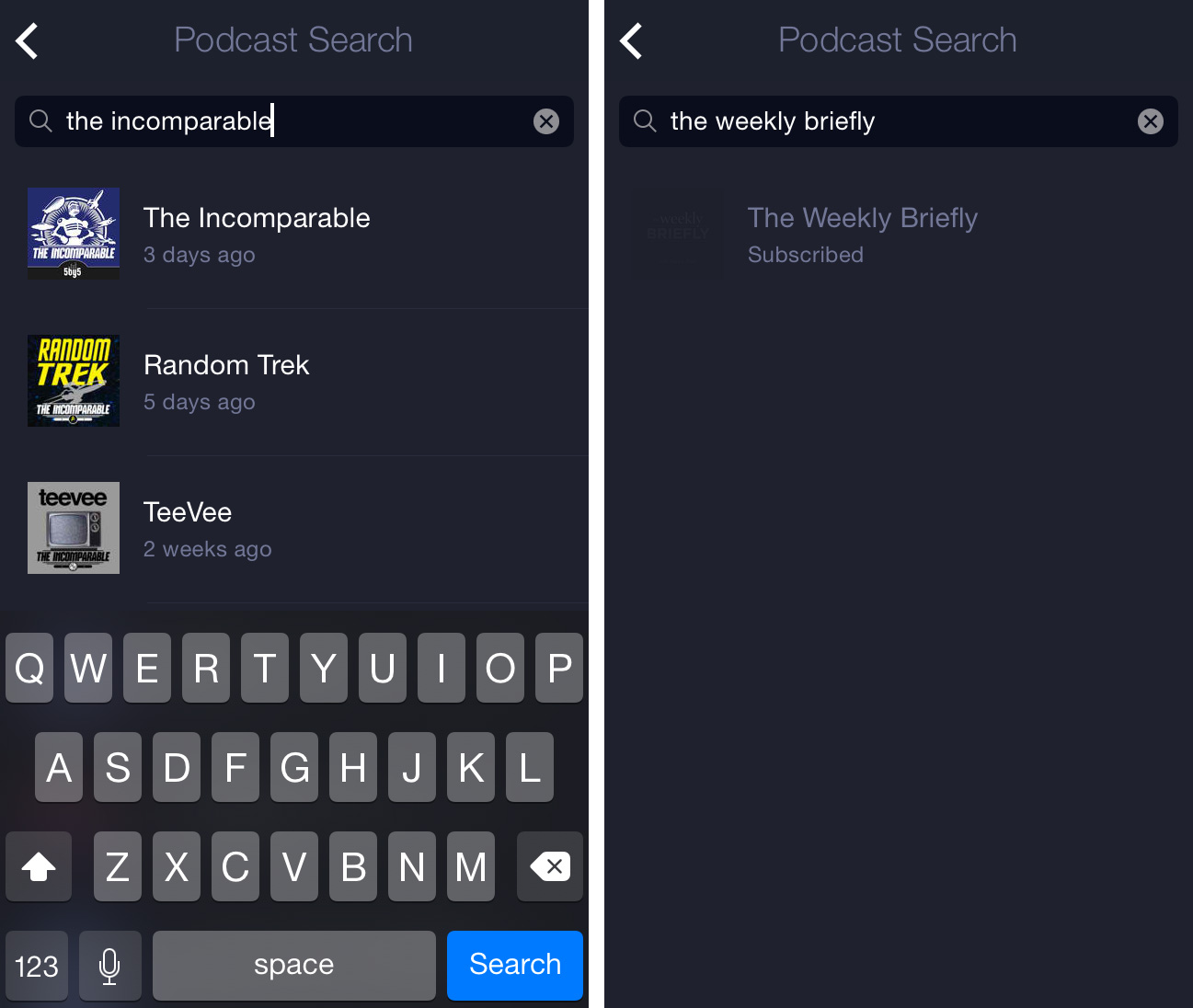 Network is a beautiful app. It makes use of translucency to give a bit of context to every screen in the app. It's extremely minimal, too. There are only four screens you will encounter: adding a podcast, grid of podcasts, list of episodes, and listening. The developer brought together the essentials and nothing more. So, if you're a powerhouse kind of user, this likely won't excite you. It's not really an exciting app, but I like that. I don't need something that jumps out of the screen with color. I just want to listen to people talk about Daleks and how to be happy.

While there isn't a dedicated preferences pane or file manager, there are a few things you can change in Network. First, the playback speed can quickly be sped up or slowed down by holding the play button and selecting the desired speed. Next, marking an episode as played is a quick swipe left over it. No need to, as in Apple's app, go back to the main screen, select the episode, and tap a button. Just a swipe. How nice. Unsubscribing from a podcast is equally effortless: just tap and hold the icon in the main screen until the Delete button appears. 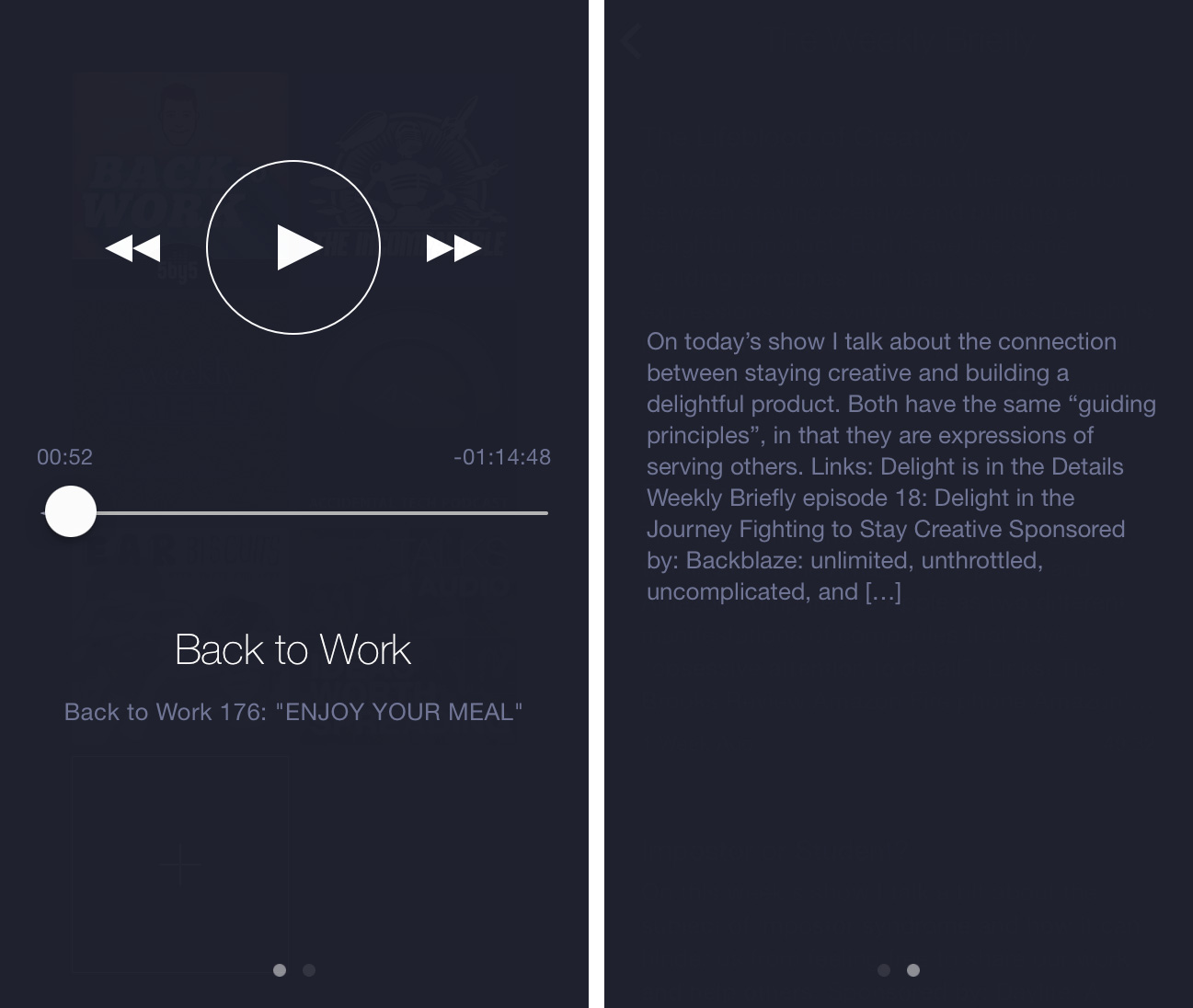 There are downsides to minimalism. Show notes, for instance, aren't displayed in a desirable fashion. If there is more than one paragraph, the text is usually blocked into a paragraph that fits in the center of the screen. Links aren't displayed either. To be fair, I've never used a podcast app that displays show notes properly for every podcast I listen to. Still, Network is especially disappointing. Without links, I have to go find Merlin Mann's latest quibble or Instagram hilarity on 5by5's website in Safari. Since Network is designed to work without you needing to think about organizing things or configuring special settings, it'd be nice if show notes were available without additional action.

One other thing I'd like to see is a way to reorganize the main screen. Tapping and holding is tied to unsubscribing from a podcast so I'm not sure what gesture the developer could assign to dragging the icons around. Since I listen to specific podcasts often, it'd be a lot faster to access them when they're at the top. I would usually use an unplayed playlist for this, but Network doesn't have playlists — this doesn't really bug me since I only used one before anyway. 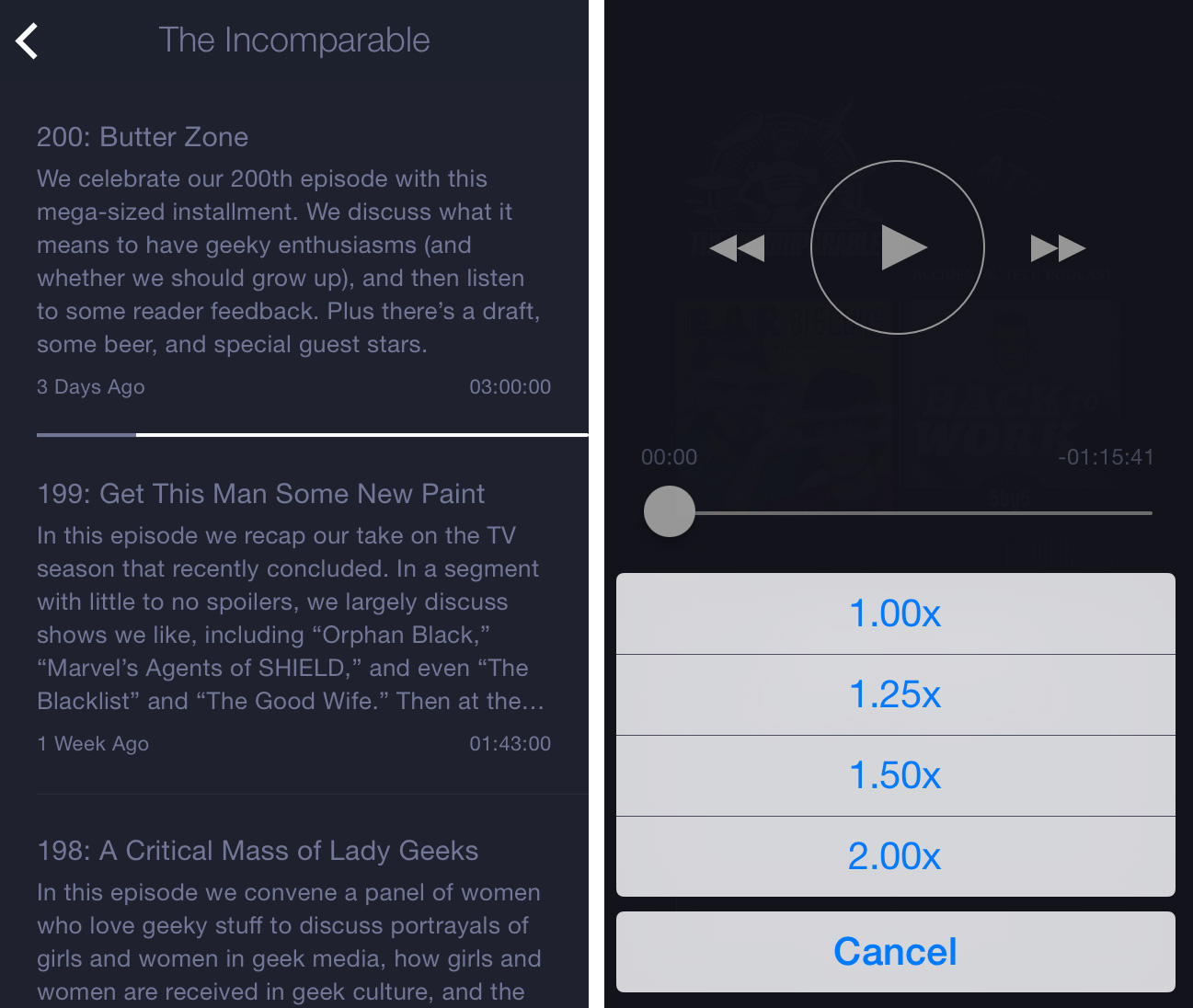 I'm really enjoying this app so far. Yes, it doesn't have some features you would expect from the average podcast app, but that's okay: it's not average. It gives me peace of mind to know that the app automatically deletes completed episodes rather than waiting 24 hours to do so like Apple's system. One less thing to think about. At the same time, manually refreshing all podcasts isn't possible in the main screen, which is one thing I'd like to think about once in a while.

Even though there are a few issues with Network, I like it as a whole. The main thing that may keep me from switching is the lack of a Mac counterpart. If only apps could integrate with Apple's podcasts system and use iCloud as their sync platform. It is unreliable at times, but at least there's some sort of solution for keeping show and playback time the same across devices. That's something for the future, though. For now, Network is the listener's podcast app. I'm glad someone finally built something with just listening in mind.