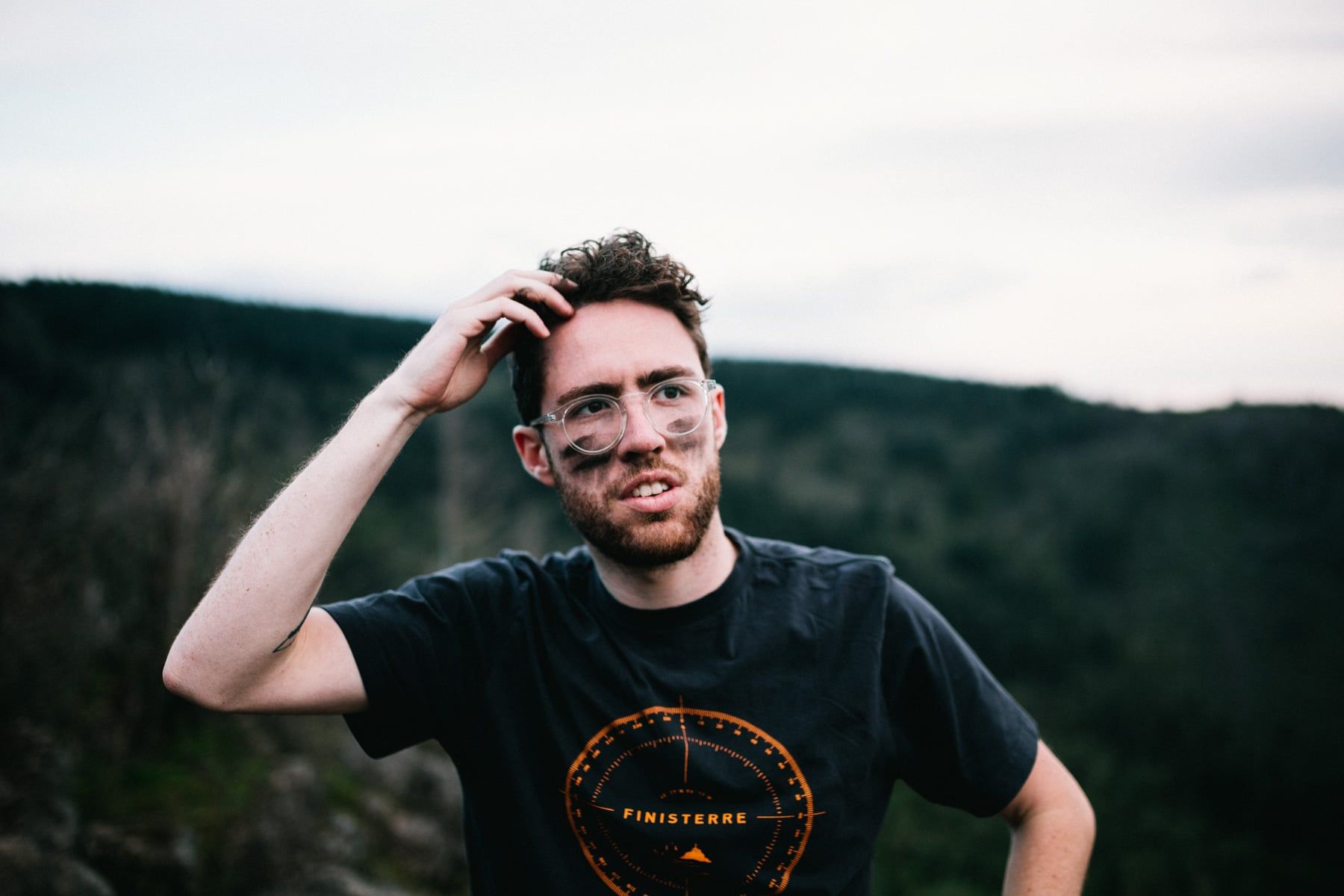 "Oh no, not another one of these blog posts", you might be thinking. "I get it. Some people just hate social media. But I love it! Also Jacob you have a cool life and I want to see all the cool things you’re doing."

There’s a reason I said you might be thinking that, because I’m not that cool.

Jokes aside, in early May, inspired by Thomas from Yes Theory, I removed Instagram from my phone. Just the app — my account was still active. But the decision has been so helpful in my life, that today, 10 May, I’m writing this: a post about why I’ve left Instagram indefinitely. I imagine I’ll have more thoughts in 20 days after my 30-day goal, but at the moment, I have no intention to download the app again, other than to tell people I’m leaving indefinitely.

It was a lonely voyage to the Southern Hemisphere

I first installed Instagram when I was in Dunedin, a small mostly academic city on the South Island of New Zealand. That was in April 2017, just over two years ago. My friend Josh, a great photographer and inspiring, adventurous guy, told me to get an Instagram many times over the years. I’m a photographer, after all, and I do love sharing my work with people. It seemed like a good way to do that, and to bring my own perspective to the platform — one that was quite unique since I’d joined so late.

At first, I said I wouldn’t even use stories. They still felt a bit new in 2017 and I don’t think stickers were even around then. I did start sharing some stories, though, and had some fun with characters I’d create while hiking alone (such as Hiker Travis Pickerman and Ranger Dan Larson; yes, again, I was homeschooled). I also did "lunchtime improv", in which I’d make up a song on the fly every workday. I think I managed to do it all summer in 2017 before moving to Toronto.

When I kept traveling after a summer in California, Instagram helped me stay in touch with people back home. It also gave my family a chance to see all the things I was up to and feel part of my life still. It’s a nifty thing — I know it adds a lot of value for a lot of people. But as many will say, it’s good at bringing you out of this moment and into one that’s across the city, the country, or the world. It’s magical but also ends up hurting someone like me who just needs to be present to enjoy life.

I noticed the past few years with Instagram have been full of things I wouldn’t have done without it — I’m thankful for all those. I’ve met some great people who’ve taken me on grand adventures or joined mine. But I’ve also missed plenty of things happening around me in this café, that train, those bars, and all the restaurants I’ve been to lately. Just like Thomas said in his video about quitting Instagram and other social media for a month, he noticed how often people are on their phones, escaping into a different moment than the one around them right now. And I get it — escaping is nice, even necessary.

For a while, I’d make the argument that back in the 20th century, people were reading newspapers and books in public all the time. While that’s true, they didn’t usually pull out a novel while spending time with their friends. That is far more unique to the smartphone, social media, and infinite scrolling.

As I met hundreds of people the past few years, the ones who I felt appreciated my presence the most either didn’t have Instagram/social media or rarely used it. I mean very rarely, like once or twice a week. They were too busy being present. You might imagine this "presence" I’m talking about is them just doing all sorts of things, filling their days with tasks and events and friends and dates, but actually no, it’s not that.

What I’ve seen is often that these people do nothing a portion of their time. Literally nothing. It’s a meditation in itself. They just sit in parks and listen to the sounds of life, overhear amusing conversations, smile at strangers, smell the flowers — something I used to laugh at but now truly appreciate. These people seemed to have the answer, and while I know that there isn’t an answer, I have felt a lot better without Instagram this past week. So much so that I’m tempted to publish this right now and move on.

The inner novelist and idealist (and socialist?) returns

It's been five days since I wrote the first section of this blog post. I miss Instagram, well, less than I did five days ago. I'm still tempted to just install it again so I can say goodbye forever. Over the past week, more and more people have asked why I left for 30 days. I could name so many reasons, but the main one that keeps surfacing is "It just doesn't add value to my life anymore".

Everyone with social media knows the sense of validation a "like" can give them. It's nice to feel like people care. If only it didn't fade so quickly, to be replaced by the desire for more. And much like my adventures with dating apps, I've stopped caring about quantity because quality is more important in my life. I would laugh at that as it is a cliché people often use, but I'm now seeing their point.

Ephemeral likes feel nice — they really do — but if I had to choose between a monthly hug from someone I've climbed mountains with, or 40,000 likes from strangers every day, the mountaineer would easily be my choice. Maybe I'm the only one who feels that way.

I've also rediscovered my love for reading over the past week. I've been rereading Ken Ilgunas' fantastic Walden on Wheels, first remembering how little I remember about it, then taking in the expansive, sometimes inconsiderate, perspectives of Ken on his journey through things that I too have and will experience. While it is a one-way form of telling a story — one that doesn't have a way of commenting or talking with the author about it — I actually prefer that. I'm okay learning a bunch of thoughts on something. I've found that I actually do have the attention span for it, too.

Alright that's all for now. See you in an undetermined amount of time with another update.

More time for other things, or just no things at all

It's been 21 days since I removed Instagram from my phone. I looked at Screen Time on my iPhone today to see how things are going. My usage is down 37% from last week, which is surprising because, well, I removed Instagram three weeks ago. I've noticeably been using my phone less though. I've been using my iPad to take some courses on Khan Academy, which is a wonderful resource I somehow didn't even know about until last week. That's upped my usage the past few days, because last week my usage was down 67% from the previous week.

Digging into math a bit more, Screen Time reported that I was spending about 2.5 hours per day using Instagram. That's 75 hours a month, which still isn't a whole lot, so let's have more fun with a usable number: 2.5 hours per day is just over 38 days per year. That means over a month of my time is spent looking at the adventures, social lives, or absurdity of others. That alone makes me want to never, ever use Instagram again.

Yesterday, I walked 25 minutes to a brewery for what ended up being the final Trail Blazers game of the season — the Warriors won the Western Conference Finals. On the way, I had a quick thought whilst walking through an empty street with a multitude of trees: I once wanted to stop and take pictures of this to tell people about it. But in that moment, I didn't want to do that all. I just smiled at the leaves on the trees and continued listening to The Moth.

So at this point, I don't miss Instagram at all. It added so little value, and I don't feel like I'm even missing out on a lot of things. People still invite me to plenty of events and concerts, I still have laughs and take in the adventures of others. Only now, I spend more time reading. Especially with what's happened in my life the past few months, this is great. I didn't need another place to wonder what people thought of me. I don't ever need that, in fact.

Again, I'm so tempted to just install the app again and tell everyone goodbye. I'm beyond tempted... I'm just going to do that right now. So goodbye, Instagram. I might see you again one day, but I certainly don't need to.

Photos of me in this post were taken by Emma Reeves and Gretchen Kistenmacher.