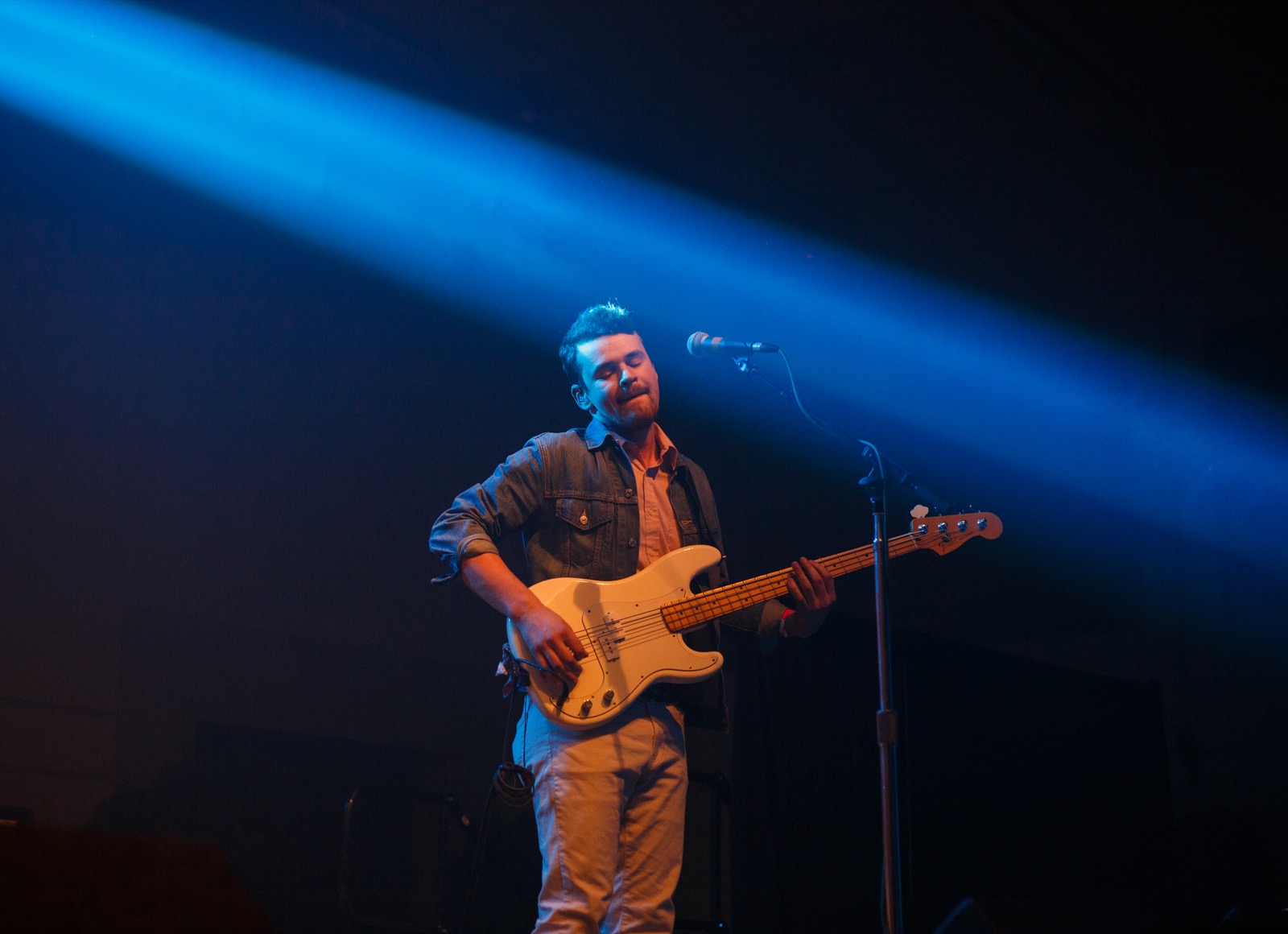 I thought it would be easy to produce music. I remember listening to Owl City's old stuff in my own little world. Then I found out he was an indie producer and that the Of June EP was created in his basement. That inspired me to find a sound of my own. The creativity pulse lasted about two weeks and faded for a year. On a random occasion, I would revisit GarageBand to create something new. Other than that, the only time I made music was when I had my "improv time", which entailed me starting with a key and having fun on a piano for half an hour. I also had a 12-string acoustic Yamaha, but it was rubbish and I never felt confident enough to play it. Recently, things have changed.

Last autumn, I started playing guitar a lot since I didn't have a job and college was boring me. In the early morning before my commute to class, and after I got home from the extroverted day at college, I learned fretboard notes and created new chords. Since I was also taking a creative writing class, I felt a good companion activity would be to write some songs. So some point in October I sat down and wrote a song called Clouds. It took me an hour or two and it sounds terrible to my ears now. But hey, it was my first intentional song. I felt accomplished when I listened to the voice memo later that day.

Now, eight months later, I find myself actually recording the music I'm creating. I never thought I would reach this point because I thought it was something only the talented few did. I had no idea there was a rather large community of indie musicians out there. When I first started recording, I thought I was one of those talented few. I felt like I was actually doing what everyone dreamt of: Creating something more permanent than an improv session or concert. I felt accomplished. I still do once in a while, but lately I've been entangled in the details.

I thought things would be much easier. Everyone complains that technology makes music production effortless, but I disagree. It makes it less tedious for people who know what they're doing, not easier to create a masterpiece. I've experienced this time and time again, thinking I can easily create something minimal and produce it into something amazing in a few hours. My equipment (including the computer) totals about $2000. It's a decent home studio setup. But that's just it: I have a home studio, and I expected it to be a professional one. It just doesn't work that way.

Software has come a long way, but it doesn't do everything you can't. There are some wonderful compressors available in Logic, the Big Cave reverb in Space Designer is the only thing I use, free synths have a lot of capability, and there's always a way to improve my slightly-flat vocals. All in all, I'm making things work. I thought it would be a beautiful thing: A cool little home studio that is unexpectedly brilliant. Owl City did that, right? I've been a bit disappointed. I've found I'm not as solid a musician as I thought. I also can't sing without warming up, and I can't warm up if I try vocal exercises because I end up thinking too much and stretching my throat. It's painful and a constant reminder that I have a long way to go.

When I listen to the first demo of songs I wrote, I'm saddened that I've made them worse. Sometimes I've added layers to create a more "full" sound and other times I've recorded the vocals again because I wanted the style to be consistent. Either way, nothing can recreate that feel. I guess the saying is right — the first demo is always the best. Ah well. One thing I need to stop doing is sharing my music with people before I'm confident in it. Once I share it, all the opinions I get are based on that sample. If it's not what I really want, other people create it for me with their feedback. If it is, I can improve it, not change it. There's a difference.

Such is the home studio life. It's a struggle of enjoying the moment while allowing it to evolve. I think that's a challenge all creative people face. You can either stop to appreciate what you've created or finish it so you can admire the end product and gain a sense of accomplishment.