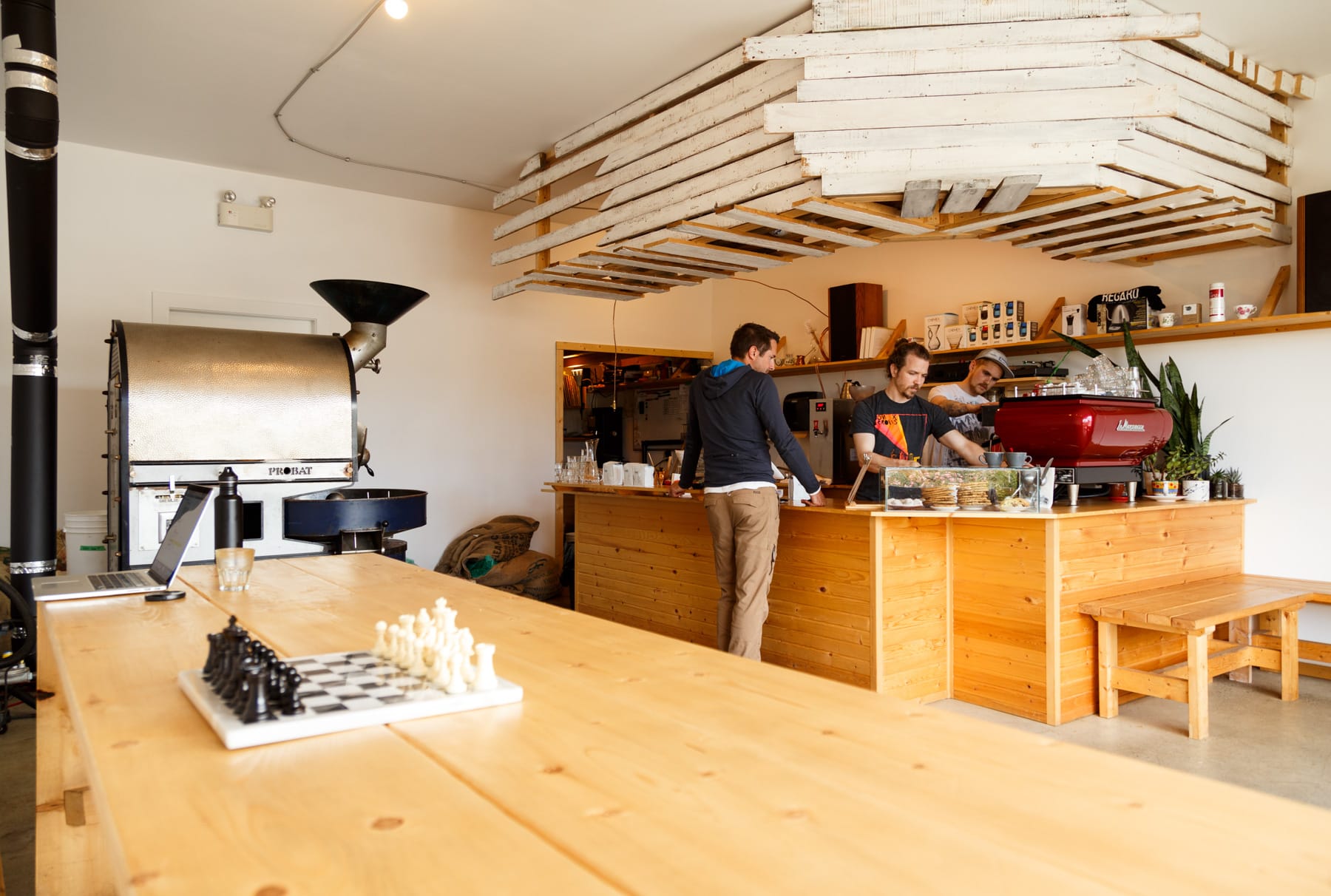 I got carried away editing today's photos. There are only 11, so I'm not sure why I had to spend so long on them. Actually yes I do: It's that 24mm lens I have, and since my camera is full frame it's very wide, which means there's a lot of distortion I have to fix in editing. The lens profiles in Lightroom don't work as I would hope most of the time, and the auto straightening makes them worse. I always have to mess with angles to make them look normal.

Anyway, today was eventful. It started out with a team call at work with rain in the background, then I rode my bike to Regard Coffee. Despite it being just 2.8km and only taking me about 20 minutes, it was a painful ride. Yesterday I had a glorious ride downtown, and it was literally all downhill. As I was going, I knew the ride back would be much less fun but didn't think much of it. And it wasn't really that bad. But after I left Regard yesterday evening, my knee wasn't very happy. I adjusted the seat on my borrowed mountain bike before I rode it yesterday and I guess it was too low, so I tried a different approach today and it's feeling better now. 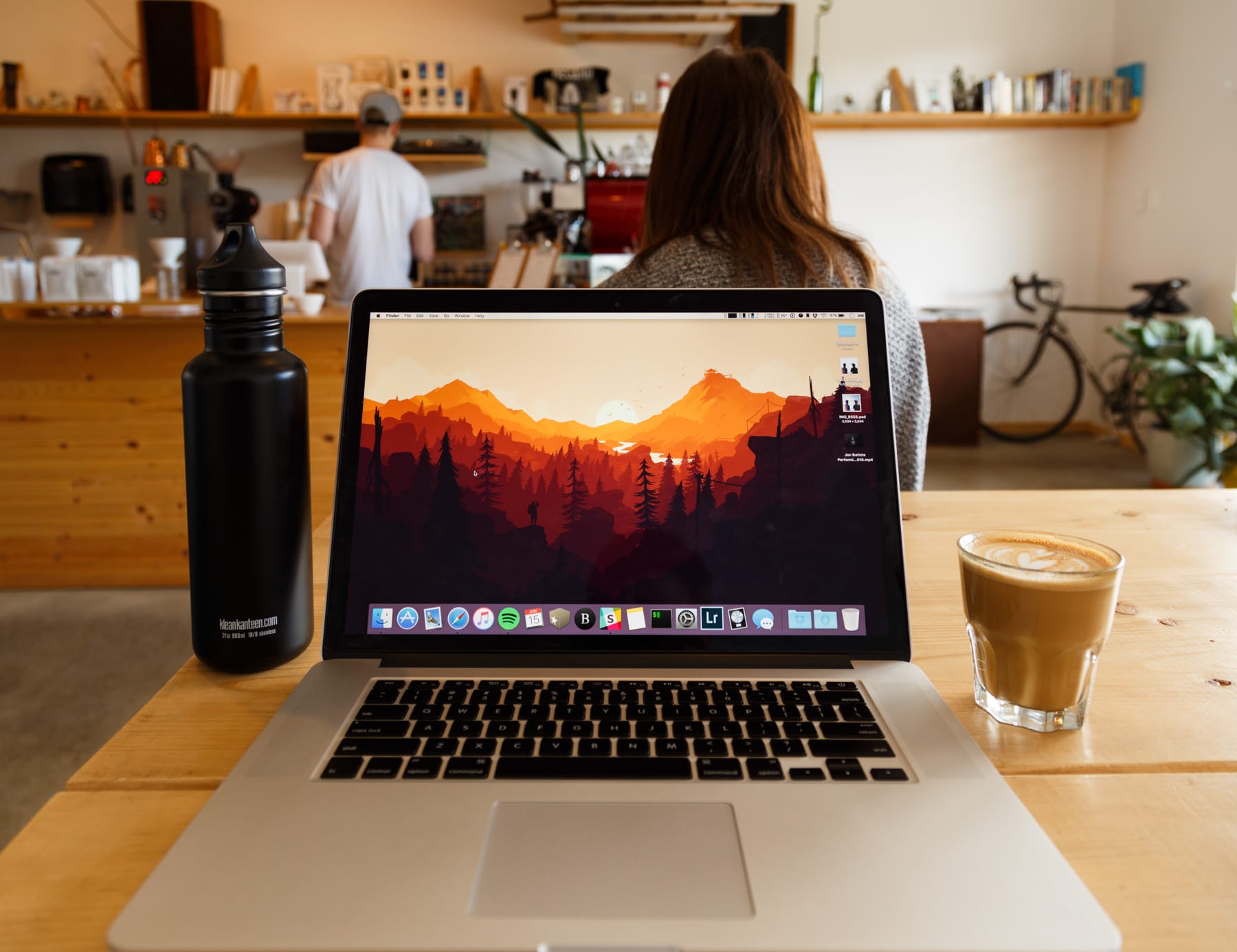 It was a bit of a different day because my goal of talking to one random person from where I worked wasn't met as it would usually be. Instead, I talked to half the people who came in during the morning. Regard is a very small shop. They have one large picnic-style table and a small bench against the opposite wall. The adjacent wall is home to their roasting equipment. It's slightly larger than one of those trailers that serves a coffee-like substance on the side of that road you wish wasn't on your commute. Regard, though, is fantastic. I got a latte and very much enjoyed it, but it was nothing compared to the people there.

Sorry to interrupt the normal service, but while I was writing this I caught a crawling disturbance in my peripheral vision. It was a larger spider than I've ever seen inside a house before. It will no longer be bothering this residence.

So, the people. The two lads (which is a much more interesting word than guys) who were at Regard yesterday and today were Devon (Devin?) and Andrew, the owner. Since I know the first three letters of the first guy's name is correct, I'll refer to him as Dev (not to be followed by Patel). He and I chatted about why I'm in Nanaimo, music, and of course 1Password. Andrew was a bit busier in the morning, but we eventually got to talk about various silly topics including coffee shops around the world that he enjoys, how he used to do photography, and why Leica's Noctilux-M is ridiculous.

Eventually, lunchtime came around and I asked for recommendations. Andrew said Hungry Rooster, the pierogi place at the other side of the pseudo strip mall, was great. He was surprised I had never heard of pierogi before as well. I headed over there, talked with the owner for five minutes about how pierogis work, and ordered a set of seven then headed back to Regard to eat them. And they were delicious. Bit like wontons, but not wontons. 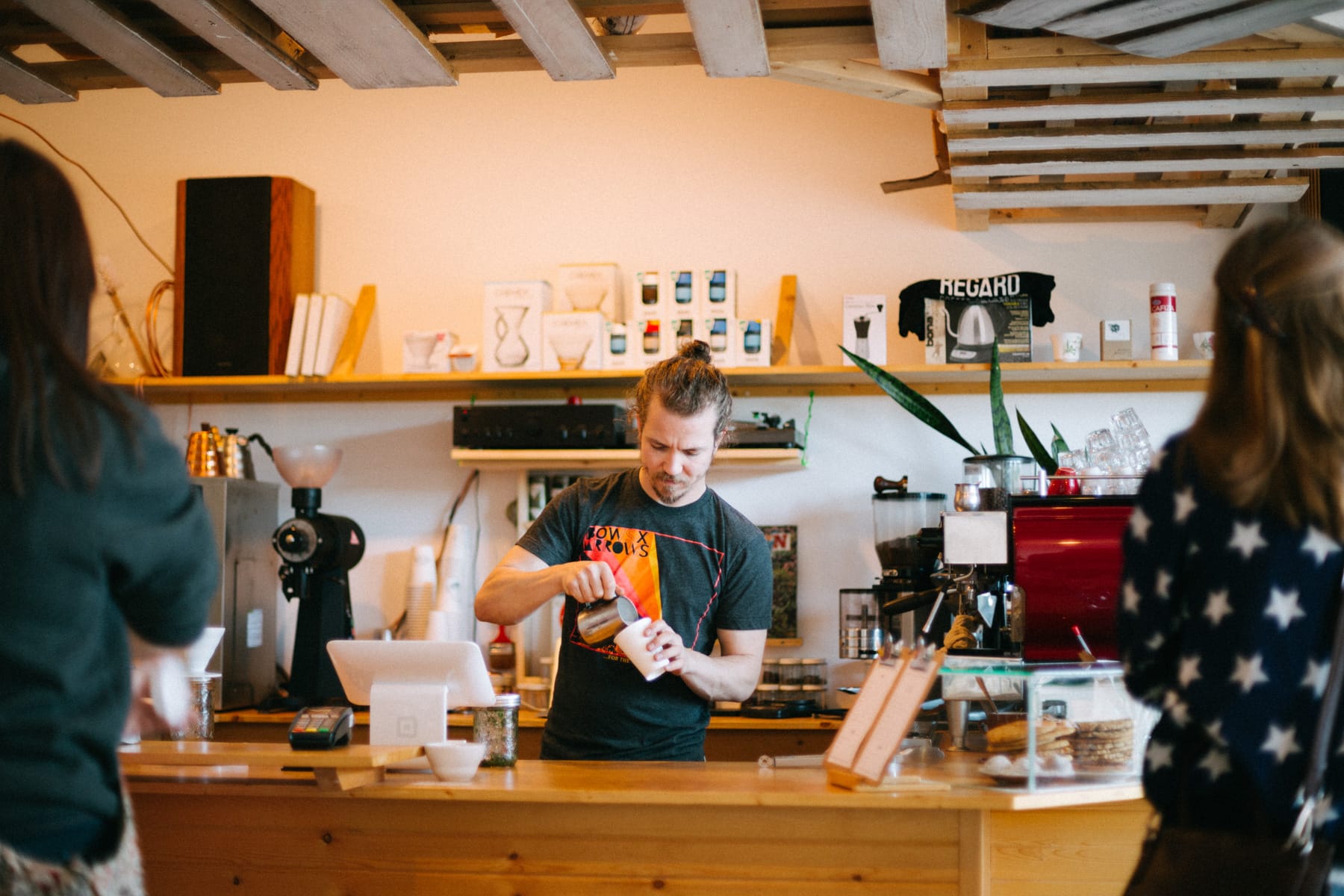 At some point during the day, I got caught in a conversation about photography and Andrew's girlfriend asked if I could take photos of her goats. I excitedly told her I absolutely could, just to see what her reaction would be, and she seemed disappointed to say that she was joking. Guess that would have been funnier if I said I didn't really want to take pictures of goats. I could have added that to my portfolio though! Imagine the stories.

After working until close at Regard, I hopped over to Country Grocer to get a boring old sandwich out of a cold case (and chocolate of course) and sat behind The Buzz for three hours doing a bit more work and learning French with Duolingo. I pronounced so many things incorrectly I was surprised it kept passing me. Then it was time for young adults night, which makes me sound like the most stereotypical Christian there is. I had a great time meeting literally everyone there though. And there were around 30. I like to think I worked the room. Even better, I used a different name each time just to make it interesting. My favorite name to use is Bobby Fischer, which seems more memorable than my actual name. Each person laughed when I told them my actual name was something else though. Guess it's not a strange thing to do. It got even better when people would forget my name halfway through the night and day I was Alex or something. I made up last names to go with it and it was confusingly ridiculous. 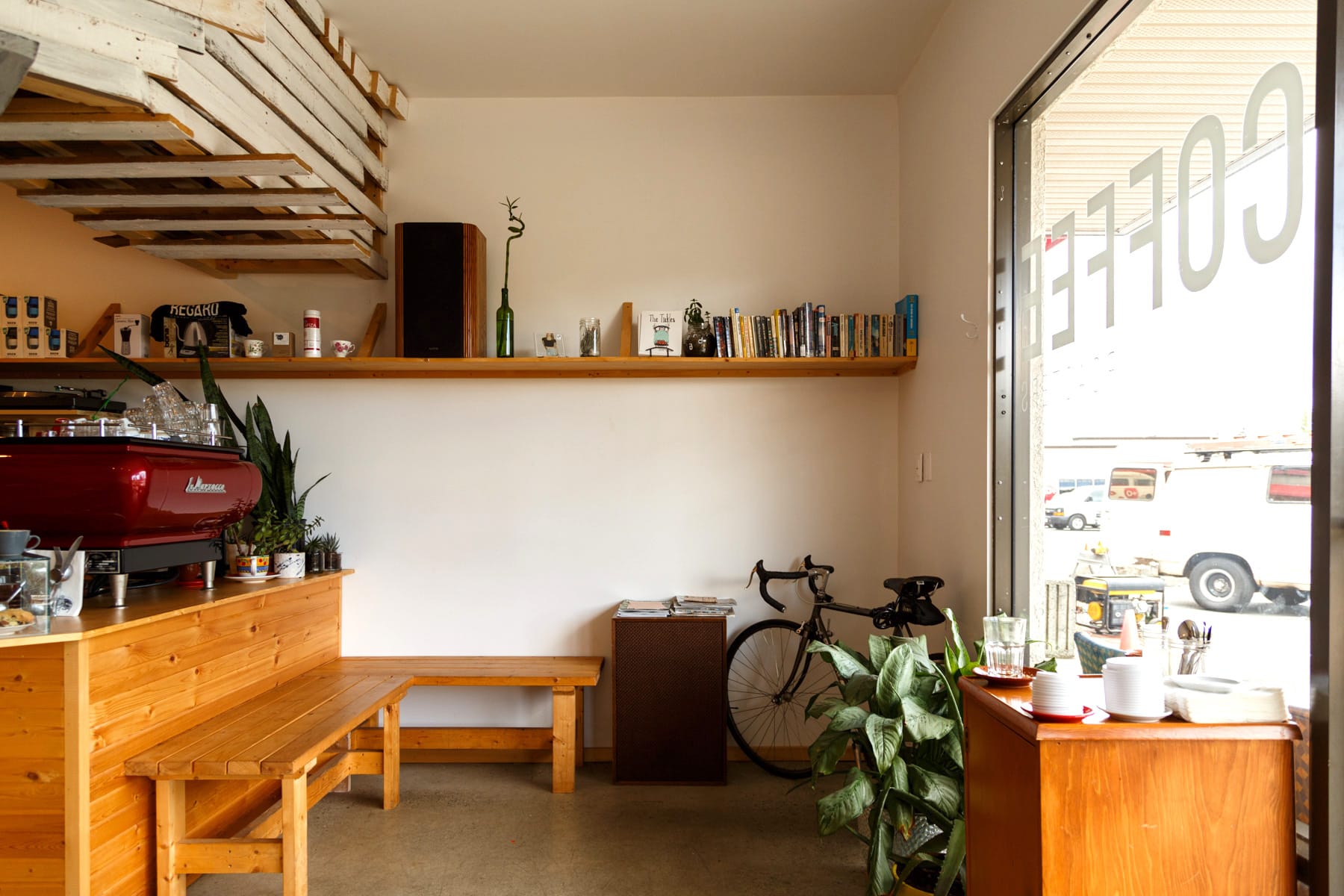 Along the way, I made many jokes about my alleged resemblance to Ryan Reynolds. So many people here in Nanaimo have told me that. More than in California, in fact. I got that a few times in California in the past few years, but I've gotten it 10-15 times here. One girl said I had to be his son. It's gotten a bit out of hand. Maybe I need longer hair or an absurd mustache to be Jacob Penderworth.

So it was a long day. I met too many new people and probably won't remember their names. That would be fine if I was passing through Nanaimo, but I don't know. It seems like a place I could stay in for a while. After I conquer the map with stories, which will take quite a lot longer.

Today was powered musically by my 2016 playlist, and mainly Balmorhea. All their work is incredibly inspiring.