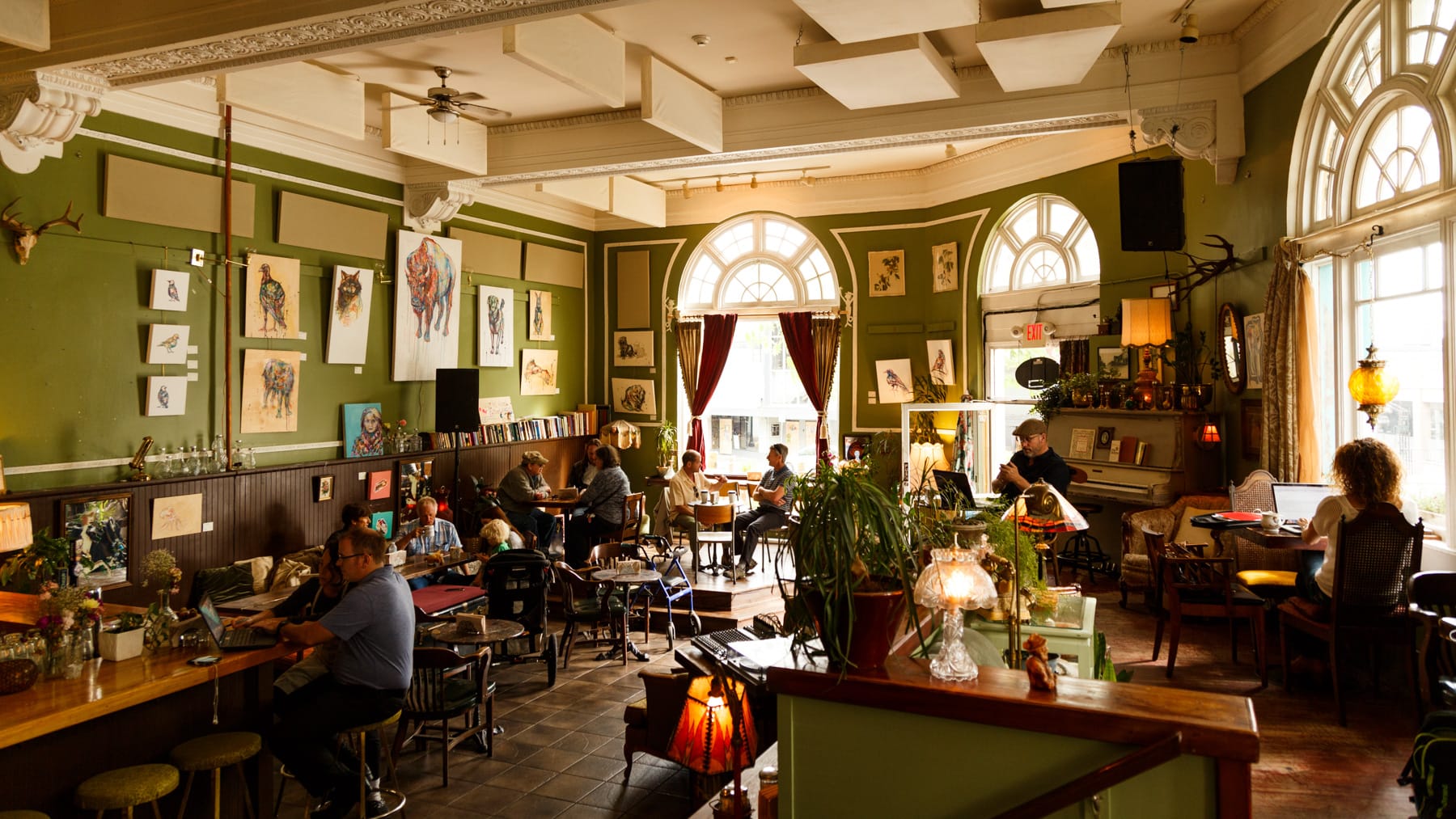 Just finished fixing a bunch of my Lightroom workflows, part of this blog, a photo from yesterday's reach post, and okay it's time for today's. Hello. I'm your host. I'll be taking you on a grand tour of The Vault, a cafe here in Nanaimo, BC. Hold on a second while I upload a photo of it to Google...

Well that took ten minutes because Google makes it very difficult to upload an image from a computer, so I had to AirDrop it to my iPhone and use the Google Maps app there. Wow. I had to add the website and phone number while I was at it, of course.

Anyway, The Vault. Pretty cool spot. Everyone told me it was weird and hipster, but I wouldn't call it hipster. I'd say it was more bohemian, and it held that well. The artist's work they are displaying on the walls right now is dripping with color in a very literal way. I really loved it and if I wasn't flying home (and purchased art) I would have a piece with me right now. The environment at The Vault promotes art like this. In fact, a man behind where I was sitting spent a few hours sketching there. 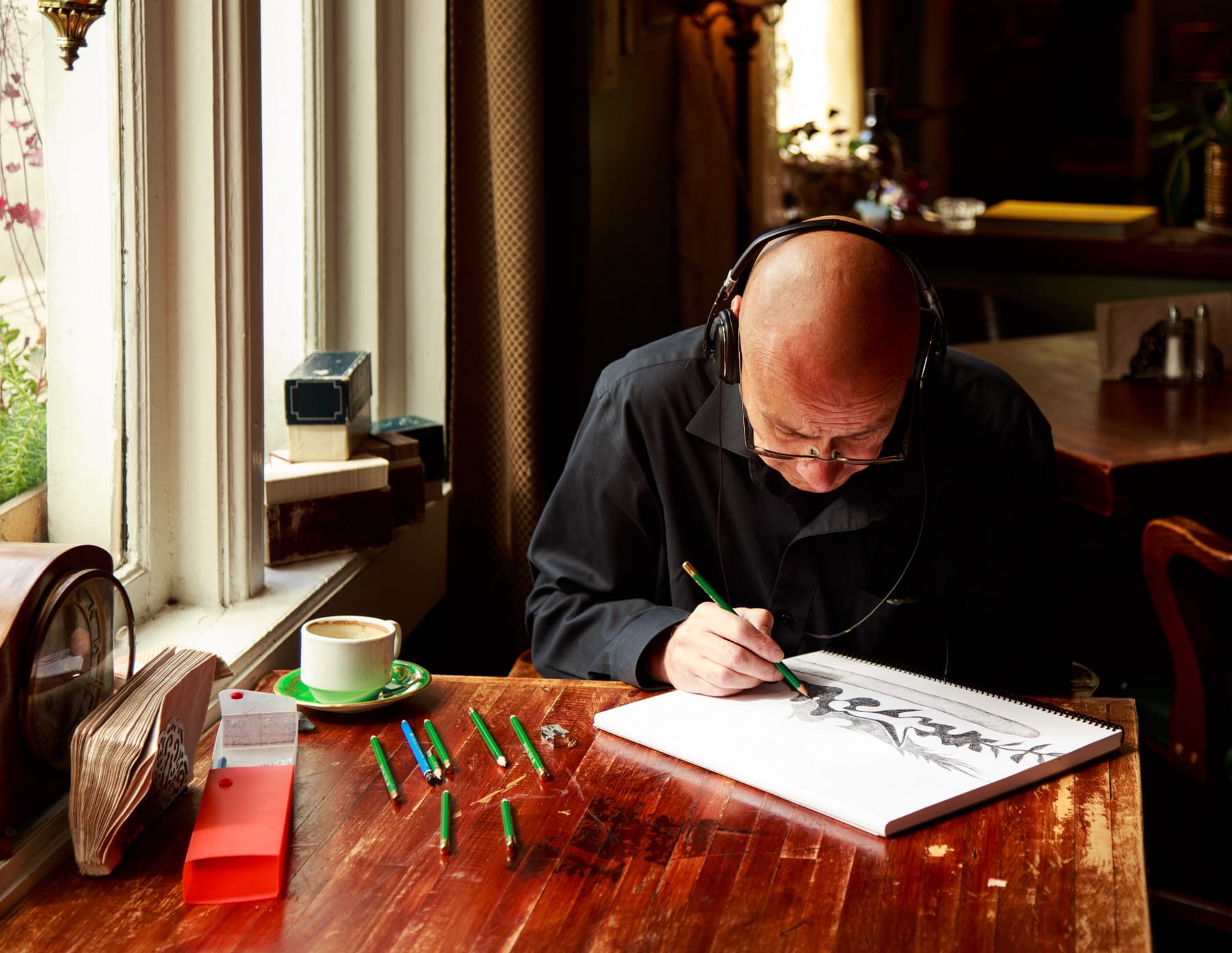 I did work most of the morning, then listened to my watch and did some standing, at which point I got to chat with the artist next to me. His name was Dan. (I don't actually remember his name. Met too many people today. I'm sorry Dan.) He had an interesting style and proved to be a very interesting fellow. He was soft-spoken, more so than most people I talk to. We talked about how he learned art — by taking classes, which he said helped in various ways but didn't make him what he is — then I got distracted by his original iPad. He had an original iPod nano too, and he said he still had that because his iPad didn't play music. That, of course, got me excited. Only me.

We spent about ten minutes figuring out why his iPad didn't play music. He kept thinking the headphone jack just didn't work with his old headphones. I knew it was because he didn't try pushing it in enough, but he was pretty set with it not working so I humored him for a few minutes. Then I grabbed my headphones and said, "Hey, if these can do it I'm sure yours can." I plugged them in and voilà! He still thought his wouldn't work, and I was sure they weren't everyone's favorite size of 2.5mm so I put his in myself, gave him a minute to find some tunes, and he was quite surprised. 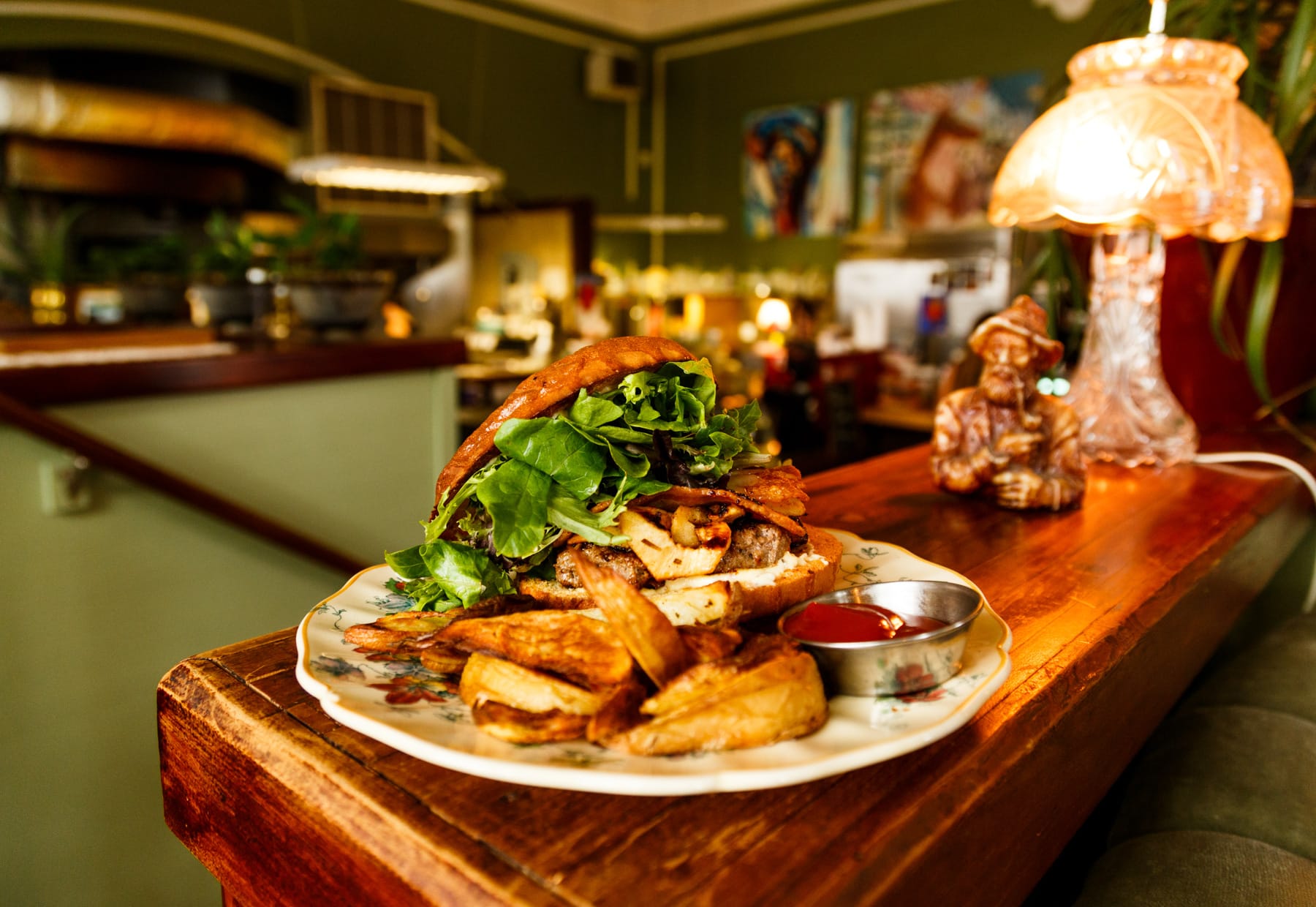 So that was fun. He asked what I did for 1Password and I told him I helped people. He laughed and said that made sense. We talked a bit more about Nanaimo and he told me about his studio a bit, then I got back to work. Then it was lunchtime. The Vault's menu is vast, at least in physical size, but I settled on the "BBQ roast apple cheddar", which turned out to be a burger. And it was a good burger. Oh, and the drink I ordered when I arrived was orange pekoe tea. It was pekoe. I'm not critical about such things.

To wrap things up at The Vault, I had to play their piano. It's white, which is a rare color, the keys are in great condition, and it was a piano. I asked right at the end of a song that was playing on their venue-sized speakers and they obliged. I played my usual selection of pentatonic scales with seventh chords and my best attempt at Jon Batiste's rendition of "Blackbird". I hit two incorrect notes and probably went off tempo a bunch, but it was all improvised so none of that matters. 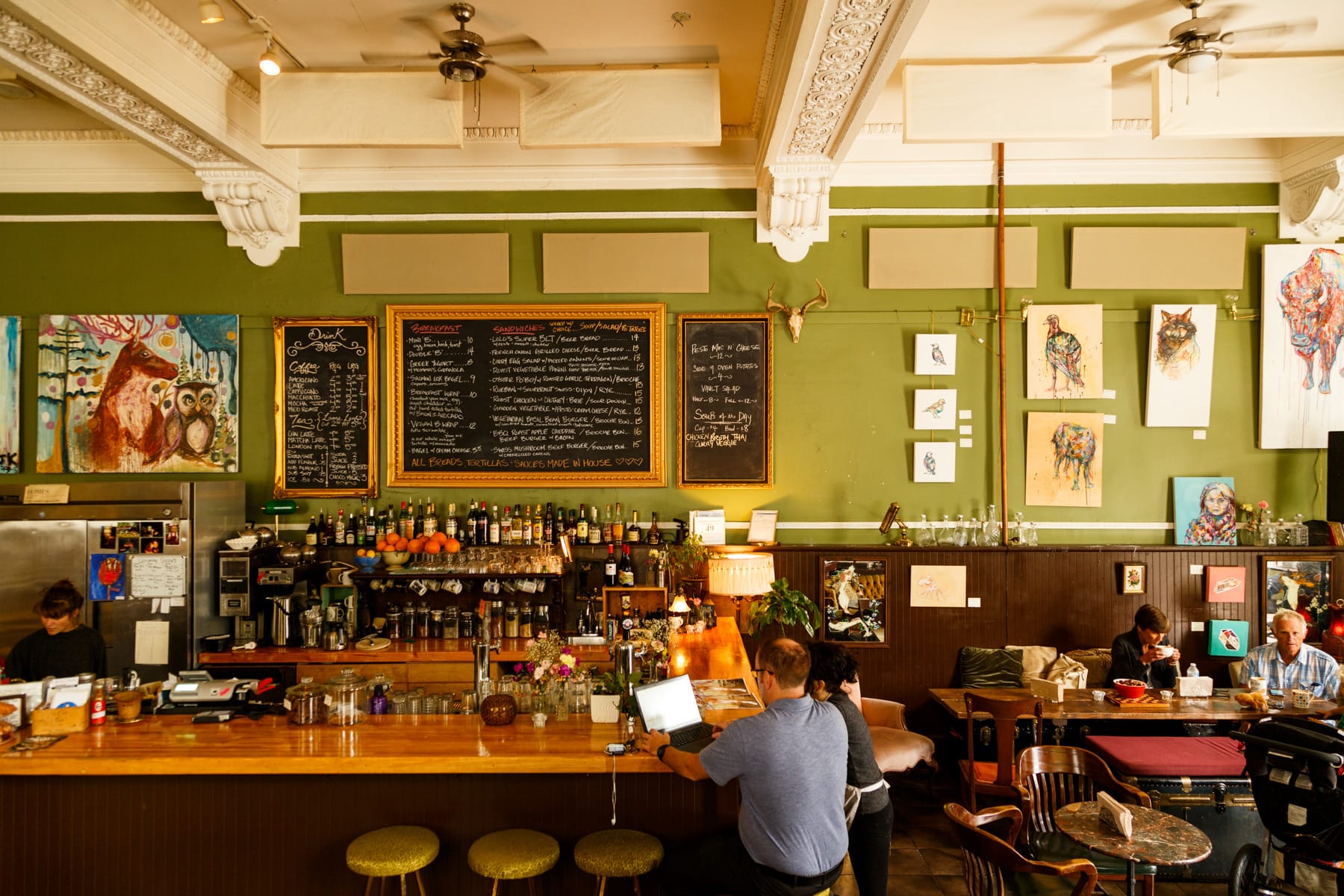 After making everyone very warm and fuzzy, I rode my bike back up the incredibly challenging incline that is most of Nanaimo to Regard, a local roaster and what I heard was the best coffee in the area. I didn't have their coffee though. That's for tomorrow. Today I went there to meet the folks and see what they're like. I talked to the owner, another guy who was working, and some random guy who works at a liquor store around the corner for half an hour. We really hit it off.

And that brings me to a larger point about Nanaimo. I've really liked it here so far. I didn't expect anything in particular, but it's exceeded my expectations for any city, really. The people are very welcoming, the weather is fantastic (at least for me), and the environment is light and glowing with joy. That could just be Canada, which is filled with wonderful souls. But I could, strangely, see myself living in Nanaimo for an extended period of time. It's a smaller town at around 90,000 residents, which is not something I have wanted to live in for much longer since it's the size of Santa Barbara. People even joke about the small town feel of this place. It's been amazing so far though. I don't know if it could have made a better first impression as a city.

Today was powered by Jon Bellion's new album, The Human Condition. It's a great combination of things that I like, from musical theater to spirituality to hip-hop to quirky synths. I highly recommend giving it a listen.