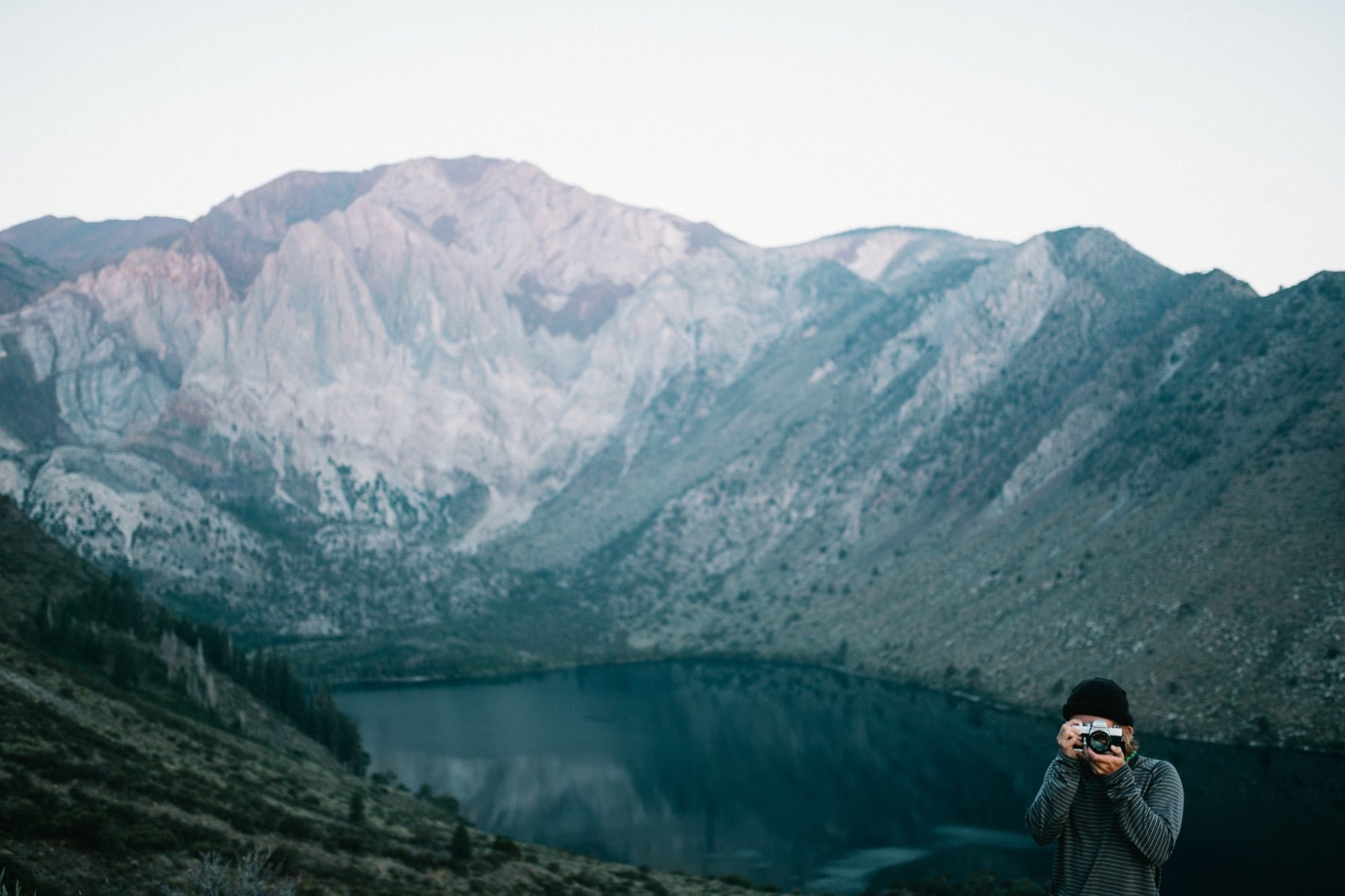 This is the year you find yourself atop a mountain, the 72nd one you've climbed since the first day of the first month of this year. This is that year you've said it would be. You're perched on a trapezoidal collection of sediment that stuck around just for you to be here — well, and because the rains haven't descended here in a little while.

You were so ready for this year.

Some couldn't imagine it turning out the way that it did, but you could. While this year doesn't belong to you, it feels like it could in this moment. And it feels that way again as your chest becomes a kettle near boiling point, just 320ft from the summit of your 104th mountain. Because this is the year.

Such a year never will be. Not because you haven't the audacity to climb 104 mountains, but because you're writing this, and the full revolution around the sun that you are dreaming up is a third of its way lost to yesteryear. You could switch hemispheres in an attempt to cheat the year that is, or continue the path you're on. The disappointing path. The one where you're here, writing this with a wireless keyboard as your dishwasher swirls soapy water around for far too long and you find yourself wondering why you even sat down to write this.

Such years exist within

Hello again, thirty-two people who read this blog. It's been a little while. My last post wasn't nearly as ridiculous as this one. But fret not, we have a ways to go yet!

I wanted to add to the noise that is existence right now by musing on the things that we haven't accomplished this year. But it isn't even really about this year. It's about all years. I first began planning my years in late 2016, when I dropped out of college to join the 1Password team. Working remotely and traveling the world was my dream. I did that for the next two years, moving back to the US after lots of random travels in 2018, and eventually landing in Portland, OR.

The planning didn't stop with the travel though. It didn't really even start there. It started when I discovered that I could gain a great following backpacking in the wilderness, hiking every day I could, climbing the coolest-sounding route I could, and most importantly, telling all the stories of these adventures to the people I wanted as friends. All while not ironically saying "you only live once"! That was 2017.

So I made 2017 the year that I'd do all these big, epic hikes. I also made 2018 that year. And then I fell apart, because this was not the year. There is no such year. Every step of the way I found myself disappointed, blaming the weather, the climbing shoes, the people, the car, the rangers, and most unfortunately, myself. With all the expectations of this being the year, I found myself wondering if I should finally read some Dickens to help. But that thought didn't last long because I had planning to do.

At this point you're probably wondering where the hell this is going. I don't know yet, but we'll get there together.

The pressure of this year always being the year became too much. The year that I made the best friends I'd had yet, finally found a crew for Burning Man, really clicked with some people in the climbing community, met a woman who liked me as much as I did her, went through a breakup and wrote an album about it, ate only peanut butter and Nutella on tortillas (because that's the dirtbag life dude!), and showed my hometown friends that this, this was my time, and they would finally be talking about me with pride.

Except in 2020, I've let all that go, even before COVID and its plan-changing ways. This year being the one that took me to great heights was too much to handle a few years in a row. I found myself crushed from the pressure of needing this year to be the one when I find the way to live my life. And the entire time, that mindset seemed to push away all the people I wanted in my life, attracting ones who didn't really fit me.

Of course it did, though, because I was advertising a different person, trying to attract people who seemed attractive and fun and easygoing without really enjoying any of the things they did. I wanted to attract "chill" people in my life because I had no chill. Then I'd get upset that they were killing my not-so-chill vibe, and swing to the opposite of attracting the hype people. Except the hype people just made my internal pressure to make this the year even more intense.

So what I'm saying is there are problems with YOLO.

And that's really all I had to say.