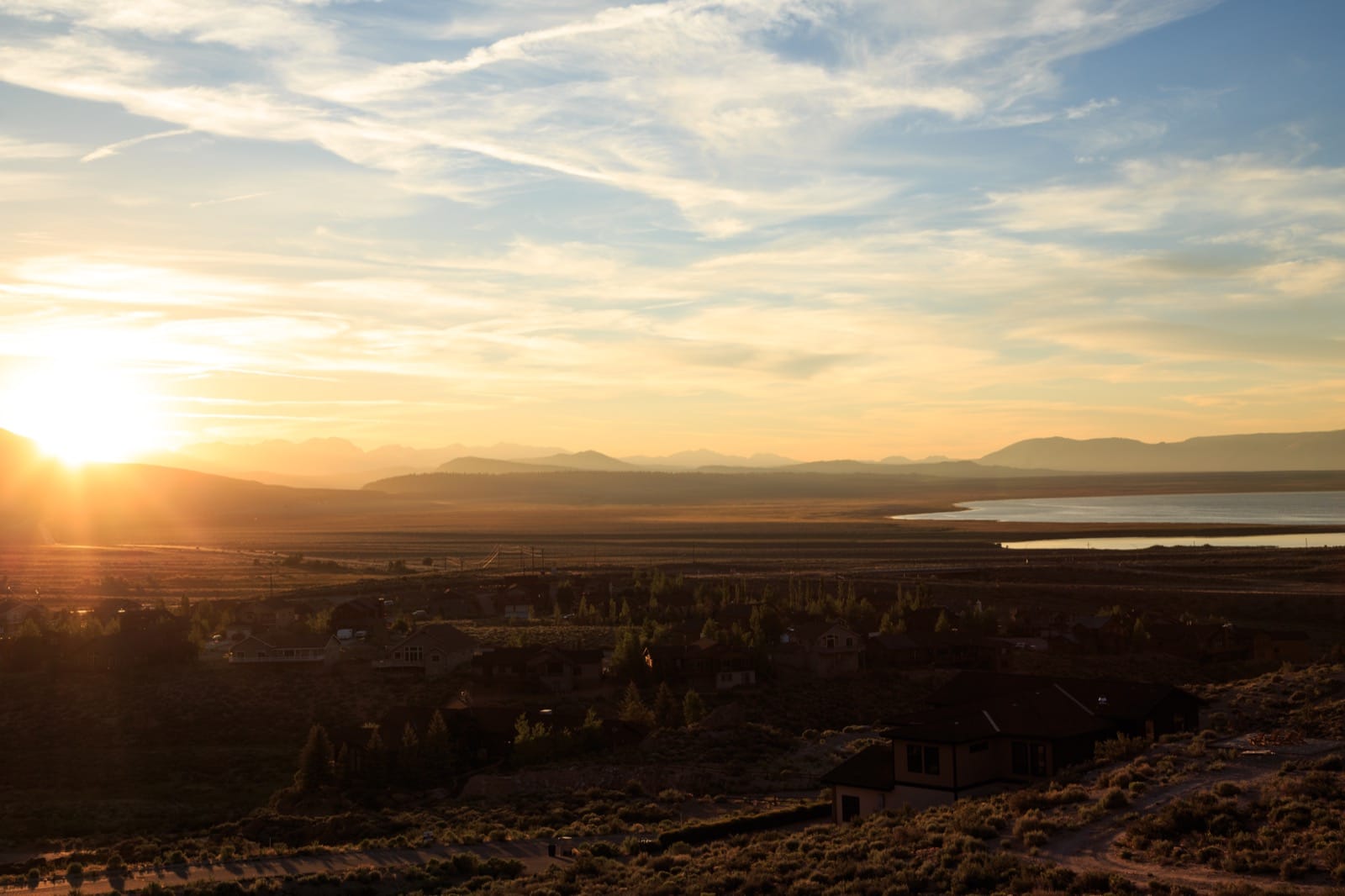 Well it sure felt like a great day, until tonight. I mean, it's not like the rest of the day was perfect or anything. Every time I visit Mammoth, I get sick. It's usually a constant stomach ache. I always blame it on altitude sickness, but I don't know whether it's that or emotional unrest from the years of good and bad things that happened growing up here. I seem to get stuck on the bad ones when I come back — it's hard to think of good memories here, just good ones elsewhere.

It could have to do with me not holding Mammoth in a high regard. I've always thought of it as an isolated place with a lack of community. Making growing up was hard, not just because I was homeschooled but also because the people here are different. I've never known Californians to be extremely warm and welcoming, but the people here are just uncaring for the most part. Dan Benjamin described how I feel best in an episode of Back to Work a while back. He said he felt like people in Florida didn't think they would live there long and treated everyone and the environment in a way that reflected it, but Austin feels much more community-driven to him and people don't act like they are just passing through. Transience is such a thing.

Other than whatever all that is, my day had a few events. Our all-hands call was entertaining and informative as it always is — hearing the voices of all the people you work with is extremely valuable when you don't see them every day. I also discovered that having two "good workdays" in a row, which for me meant doing a lot of work, can be a bit exhausting. It was nice to take a short hike this evening with my mom to see the sunset. I should be doing that in the morning to start things off actively, rather than with a shower, food, and the daily keyboard exercises.

I fixed my seatbelt by detaching it from the frame, locking the seat in the upward position, retracting it again, and bolting it back to the frame. I'm now worried that my suspension is making too many noises, because you always have to be worrying about something on a car.

I've been trying to plan for this Vancouver Island trip. We're driving around nine hours the first day so we need to figure out where we're staying. I'm thinking somewhere around Newport, Oregon, but I can't decide because I drove the 101 all the way down the coast a few years back and there was a fantastic spot I just can't seem to find on the map. I'm spending a few minutes combing it again now. I swear, the place was called Dogsmouth or something really obscure... I really should have been starring things on Google Maps back then.

Around two minutes later, panning through Google Maps on an iPhone...

Aha! I found it. Humbug Mountain. It's a state park in Oregon around 650 miles from me. Boy, that'll be a drive. I think it's worth it though. From what I remember, it looked like the quick hike and camping dream. I am going to Humbug Mountain.

I planned to watch Nausicaä of the Valley of the Wind tonight with a friend, but I wasn't feeling up to spending more time with people so I canceled that plan. I do really want to watch it, though. First I'm going to finish reading Out of the Silent Planet.

Oh, and I voted for Bernie Sanders. You can ask me about it on Twitter.