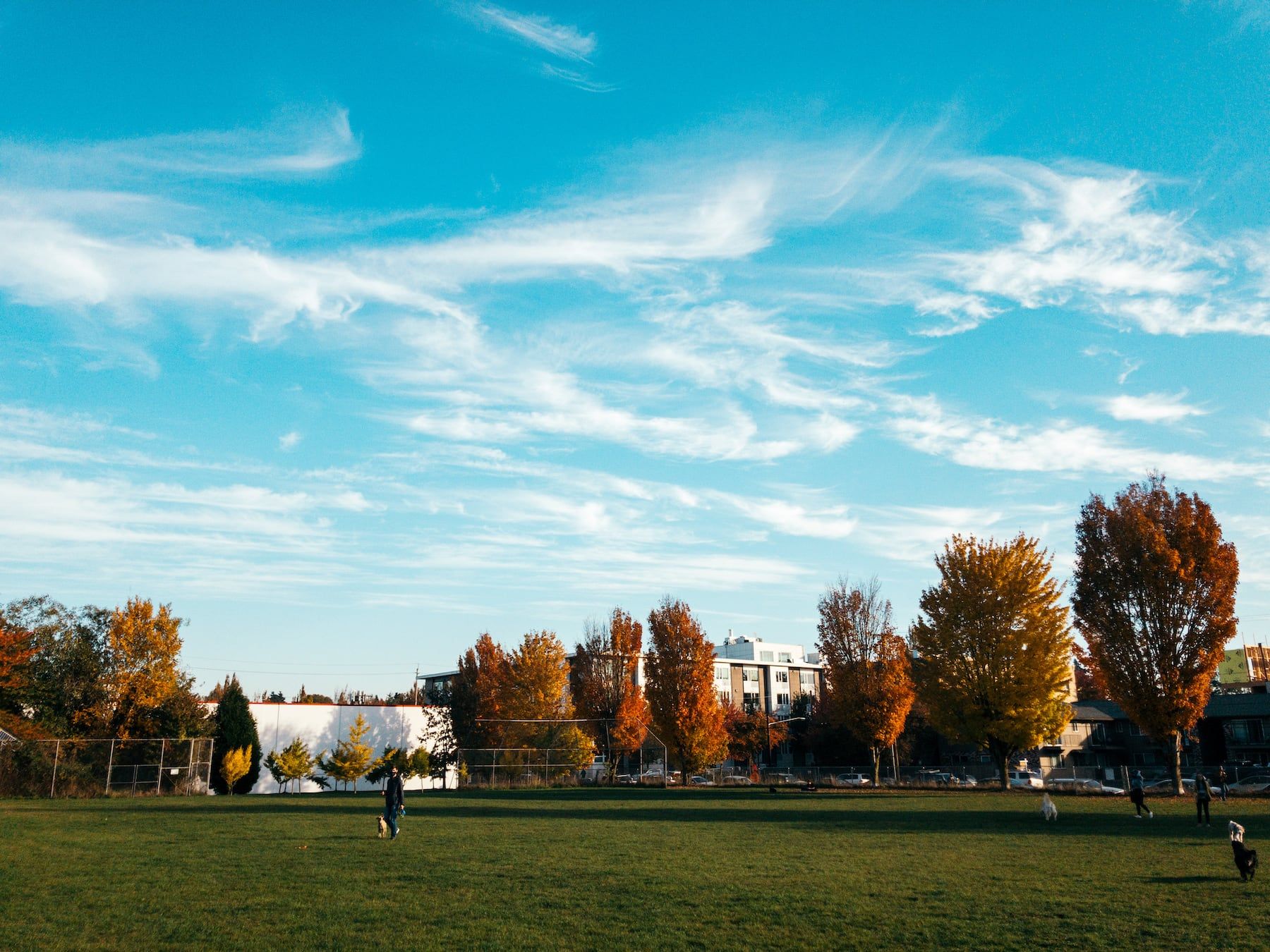 Lately I've been drinking more coffee, which amounts to more blog posts. In fact, most of the posts on this blog historically have been written after tea, coffee, or a visit to a café. Something about the way they deploy methylxanthine, blocking my brain's adenosine receptors, is special enough to geek out on. There's a reason it's one of the top commodities in the world. But this isn't a post about coffee, it's a post about presence.

The past few years, I've been diving further into Eastern philosophies. While Siddhartha is still my favorite novel – one that perfectly combines aspects of spirituality I love – reading what inspired it has been special, and books like Chögyam Trungpa's Cutting Through Spiritual Materialism, the many works of Alan Watts, and Michael Gungor's minimally-titled This have redefined the ways I construct the world with my mind.

Many of my friends know that I've felt stagnant in my career for a few years now, unsure of how to progress and whether tech is the industry I want to stay in for the longer term. It's a common place to be, though hard to see in your mid-twenties when most of your friends are either just starting their careers out of school, or continuing on to grad school. I've been disillusioned with the tech industry for a while now, slowly becoming more of a naturalist, losing interest in illuminated pixels. And again, to some degree, all of us have done this the past year. Spending most of our time in the same environment, at home with screens in front of us, is exhausting, and eventually just boring.

For me, the disillusionment began in the winter of 2019, when my stint as team lead of business customer support at 1Password was wrapping up and I became our first full-time recruiter. When some organizational changes had me transfer to the customer success team in May 2020, I was unsure of what I actually wanted to do with my day. But May 2020 was not a time to question such things: Globally, people were being laid off, submerged in the stress of unemployment and the intense malaise that can come with that.

So instead, I found myself swimming in the guilt that I wanted to do something else with my days, that I felt unfulfilled. This is no time to think of fulfillment, my inner critic said. Be grateful, damnit. You have something that so many people would kill for. The inner critic loves his hyperbole.

Leaving confidence in a deluge

This unexpected change to a new team took its toll, though. It wasn't my choice, unlike other changes in my career. (Though to be fair, I often found myself doing what was necessary and what I wanted to see accomplished, which was what got me promoted to a team lead in the first place, and why I wrote a lot of our initial documentation. So amusingly, this wasn't my choice either, in the planning sense.) I was thrown into the deep end of learning a new role, one that I was unsure would fit me. I love building relationships, though, and along with my vast history and technical knowledge of the product, felt like I could leverage that.

The past eight months have been long: I moved apartments three times, I went backpacking with friends, Portland was consumed by wildfire smoke for several weeks, my grandmother passed away, I spent my first Christmas ever completely alone, and of course there was the whole chaotic political landscape here in the US. This isn't a time of easy living for anyone, even people with privilege and money. It's still lonely. And very few of us are our best selves. I sure haven't been.

My confidence dove sharply in May. I wasn't let go, but I lost a job that was on my list of career goals for a long time: Being a recruiter. Since then, I've realized it wasn't something I would have lasted a long time in, and I'm grateful for fate moving me on to something new. But until very recently, I haven't appreciated the new thing. I've just been fighting against it, because fuck that, I'd say. I want to make a difference in the world. I want to make people's lives better. I want to do something that's worthwhile, something that matters.

You might read that and think, "Wow, this makes me sad. Jacob is a genuinely good person, and he has honorable intentions. I'm sad he didn't get what he wanted." But on that last sentence, I heard something recently that has stuck with me: Sometimes life takes away what you want to give you what you need.

To deconstruct your idea of me even more though, my intentions weren't all good. My goals with recruiting were to help people find their dream job, and to build a consistent yet progressive culture, one that is inclusive yet challenging — audacious when given the chance. But I wanted some individual recognition for it — my ego was (and is!) in the game. I wanted people to see and know and talk about how great I was at my job. As a member of a social species, that's not rare.

Being moved to a new team without much of a choice was difficult. It challenged a lot of my beliefs about myself: Perhaps my communication wasn't as good as I thought it was. Maybe people didn't like me as much as I thought. Maybe they hated me. Maybe I was terrible at my job and no one wanted to tell me, so they just decided to move on to someone else. I'll likely never know, and I don't need to at this point, because I've been heading a new direction for eight months, and I'm just now realizing how much I've been fighting it.

I read a lot of anti-capitalism literature. Charles Eisenstein is one of my favorites since his approach is the most balanced. I often find myself opposing the typical, finding alternatives that are both more interesting and genuinely seem better for people. What I hadn't realized until very recently is how much energy I was spending fighting against systems that much of my life depends on. It's easy to say I hate capitalism; it's not easy to do a lot about it. There are little things to be done, but also, am I really that passionate about getting rid of capitalism? Actually, no.

A lot of my passion for this and other causes comes more from social acceptance than my heart. I care a lot about climate change because I see how beautiful and valuable nature is, but when I talk about it, I embellish my care to make it seem like more than it actually is. Many of my actions are lacking when my words are plentiful. I often find myself in all-or-nothing states where I wish I could just fix everything, then get discouraged when I discover that I can't. And that's a very common place to be in, which is why many of us have to focus on one or two things instead of trying to fix it all.

This brings me back to coffee. It's the drug of choice for most humans. It helps us play the game of being alive on the planet today, when jobs are necessary for survival. I resisted it for so long, because I'd love to just be the best me without any substances. Then I realized that wait, there's a reason people are using coffee and tea as their tool to get things done. It's a tool, just like my keyboard.

More and more, I'm seeing just how much energy I've wasted in the past few years trying to fight the system, play by my rules instead. Reading Obama's A Promised Land has helped me realize this even more. He started out very optimistic about changing the country for the better, bringing more equality, affordable healthcare, and greater systemic change. He realized very early on that it's incredibly difficult to change things in a nation of over 330 million people. And it's even harder if you're trying to play by different rules.

What I've been doing the past few years is trying to pretend that I can create a new game in life, almost a new reality. That there is so much wrong with the world right now, and if I focus on that, I'll somehow be able to fix it. All this has really led to is conversations about how our culture is broken, how capitalism is hurting people, etc. In a conversation with a friend, I said I want to believe that my philosophies can help change the world, but do they? She replied, "Just depends on if you believe they do or not." Which I personally just don't think is true. Belief ≠ action. This is something I learned early on as part of Christian churches: Belief is often an excuse to leave things as they are, whether your reason is that you simply don't have the energy to do anything about it or because you don't actually care, you don't actually believe what you're saying.

It's been incredibly liberating for me to realize how much energy I've been spending fighting against the culture and system that I live in, rather than working with it to create something. I've spent months fighting against working in sales, rather than realizing how much potential I have to do well in it. I've been fighting with myself, then projecting that conflict onto others.

I've now also found myself feeling less lonely. Because I was creating and recreating the world of separateness that I found myself in. Sure, our society and culture are to blame somewhat, but my perpetuation of it didn't help. I constantly told myself that I was different, that people just didn't get it.

In essence, I've been fighting against where I am, instead of doing the best I can with it. So that's where I'm going to focus my energy now: Doing the best with what I have. It seems simple, and many people have written about it, but it's something I had to realize was valuable on my own, as I have many other things in life. I don't plan to stop stretching things, to do what I used to do in my job before I was scared I'd lose it: To dare to improve my own work, actively listen to opposing points of view, and accept losses, while also challenging those around me to do the same.

This is such a broad and deep topic, one that I hope to pick up more in the coming months. If you're a friend and know how to contact me, I'd love to hear book recommendations you have on anything I've written here. And if you don't know me, you can always DM me on Twitter or send me an email.